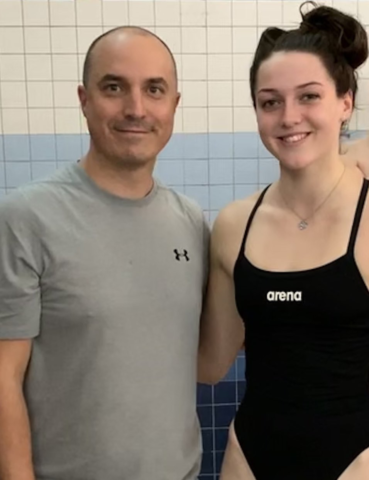 In addition to the recognition that comes with being named to the squad, the swimmers will have the opportunity to attend a number of online camps, with the first one taking place at the beginning of December. Once the current coronavirus restrictions are lifted, the Junior Squad, along with other athletes of all levels, will be able to resume competitive activities.

Among the swimmers named includes Sophie Yendell of Derventio Excel. 18-year-old Yendell is a relative newcomer to Derventio, having left her long-time training home of City of Derby late 2019. Yendell made this year’s Junior Squad in the 50m free, although the 50m fly is the event in which she broke through with a bronze medal in the senior final at the 2019 British Championships.

Another standout swimmer named is Crawley’s Maisie Thornton who will represent the 200m fly on the squad. Thornton took gold in the event at the Winter Regional Championships last year, as well as the County Championships before swimmers’ seasons were cut short by the coronavirus pandemic.

On the men’s side, William Ellington of Millfield was named to the squad in the 200m breaststroke, while Cameron Williams made the cut in the 100m breast. Ellington represented Great Britain at the 2019 European Youth Olympic Festival, medaling twice across the mixed medley and men’s medley relays. Dartmoor’s Williams took silver in the 100m breast individually at the same meet.

Of the 2020-21 Swim England Junior squad, Head of Talent Grant Robins stated, “The selections have been made with inclusion in mind. These unusual times and our method of delivery has also allowed us to be more flexible with numbers and criteria.

“It’s essential in these times that we stay engaged with our future performance potential. Using rankings, both long and short course as well as our event camps, has allowed us to be as inclusive as possible.

“This year has been particularly difficult to select this squad due to the lack of competitions but we believe there is a healthy blend of existing talent and new swimmers who have shown promising potential in the last 12 months.

“The decision has been taken earlier than usual to increase the numbers on our pathway and engage with more swimmers through the online approach.

“We have engaged with more than 600 swimmers and those selected demonstrate the thriving nature of our pathway activities.

“The goal of the online camps is to ensure that the swimmers have the necessary skills and behaviours so that they can look forward to a successful and enjoyable international swimming career.

“We have written specific content to allow each individual swimmer to really think about what it is they need to do over the coming few months so that when racing resumes, they have that edge and can compete with confidence and newly-found racing skills.

“We believe the content and the delivery method is perfect to ensure the soft, technical and tactical enhancements that are needed for them to become stars in the future.”

The junior squad will be led by Swim England talent officers Mike Parker and Richard Blackshaw.

Newcastle v Sale live stream: How to watch from anywhere