Manchester United and England legend is now a 1/2 favourite with SkyBet to become Derby’s next permanent manager after Phillip Cocu was sacked earlier today.

Rooney is already a player-coach for Derby, with the 35-year-old also the East Midlands’ current captain it’s no surprise to see that he is odds-on to take the reins.

Derby have been dreadful this season, with the side sitting at the bottom of the Championship with just one win from 11 matches.

The Mirror report that the Rams will not name a new boss until their pending takeover is completed. 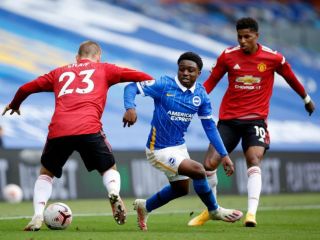 Rooney joined Derby in January after his spell in the MLS with DC United, at the time the club wrote that the move would help England’s record goalscorer to “develop his coaching credentials in preparation for a potential managerial career.”

Rooney, who has featured as more of an attacking midfielder since he turned 30, has made 33 appearances for the Rams, scoring seven times and registering three assists.

With Terry currently the next best priced man by SkyBet to take charge of Derby, it looks certain that one of England’s best ever players will soon take their first managerial role.