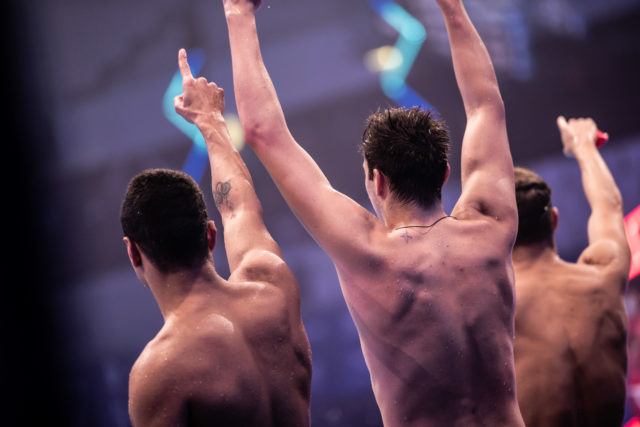 Kliment Kolesnikov was one of three swimmers to set an individual world record during the 2020 ISL Final, doing so with a jaw-dropping 48.58 in the 100 backstroke leading off the Energy Standard men’s 400 medley relay.

Following the Russian’s outstanding opening leg, his Energy Standard teammates Ilya Shymanovich (55.38), Chad Le Clos (48.53) and Florent Manaudou (45.79) brought the club in for a final time of 3:18.28, putting them almost a full second under the existing world record of 3:19.16.

You can watch the full relay below:

James Maddison Has the Talent, Now He Must Show He's a Big Game Player

How The Women’s 100 Back Got So Fast At US Trials: Data Dive With TritonWear

Swimming With Lauren Murphy Ahead Of UFC 263 | Helen Yee Sports