Conor Hourihane is insistent the ongoing coronavirus pandemic is bigger than football with the Aston Villa midfielder himself touched by tragedy.

The Republic of Ireland star and his teammates head into Wednesday night’s Nations League clash with Bulgaria with the pressure on. Ireland have not won any of their last 10 competitive games. The run includes all seven fixtures since new manager Stephen Kenny took up the reins.

Ireland have not even managed to score in the last six and that has left Kenny and his players firmly in the spotlight.

Hourihane, however, has called for a little perspective.

The 29-year-old Villa midfielder said: “It’s not easy whatsoever. This pandemic has influenced a lot of people.

“We’re all worried about results, performances and goals and whatever – and yes, that’s what we all want – but listen, I’ve had a family issue with Covid, somebody unfortunately passing away. It’s not an easy time for people.

“People won’t know what’s going on in people’s lives. We’re all wanting results and to win games, but sometimes there are bigger things out there in life.

“This pandemic is definitely bigger than a couple of goals and a couple of results. But fingers crossed we’ll get a good performance on Wednesday.”

Ireland have been hit particularly badly by the virus. Callum Robinson, Alan Browne, Matt Doherty and James McClean have all had to self-isolate after testing positive in the last week or so. At one point last month, Kenny was without eight men under the protocols.

That has taken a psychological toll. It has left squad members not only concerned for themselves, but also that they could take Covid-19 home with them.

Asked if he felt safe, Hourihane said: “I do feel safe. The tests are a big part of that. Not taking it home is hugely important to myself, with what has happened in the last few months in my family.” 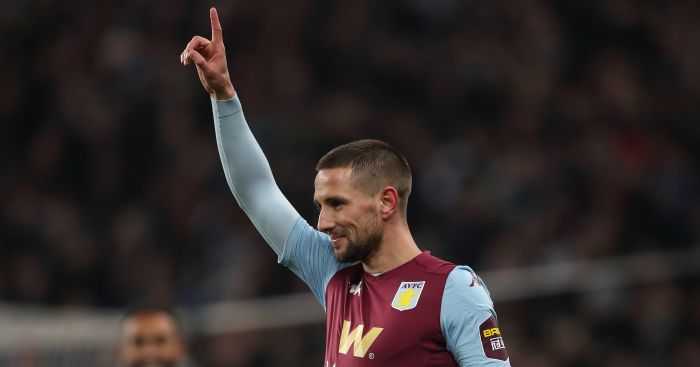 The midfielder continued: “My partner is pregnant as well, so I don’t want to be taking anything back to her. There are a lot of factors. But once I don’t get it and don’t take it home, that’s all the matters at the end of the day.

“Once everyone is safe around me, that’s all that matters.”

That said, Hourihane insisted he never considered not turning up for the November fixtures despite the growth in cases globally.

He said: “I love playing for Ireland. It’s a very short career, it flashes by you in the blink of an eye, so any call-up I get, I’ll always be here.”

'When you don’t know what’s going on inside don’t talk!' – Man Utd star Pogba hits back at critics