Home > Formula 1 > Vettel: It was 'a bit of a surprise to snatch the podium'

Vettel: It was 'a bit of a surprise to snatch the podium'

Sebastian Vettel was delighted to be back on the podium after what’s been a terrible 2020 season overall for the four-time world champion as he sees out his last days with Ferrari.

Vettel has been in the points in only five of the 13 races this season and his best result had been sixth in Hungary. But the tricky wet conditions at Istanbul Park played to his strengths and helped him to third in Sunday’s Turkish Grand Prix.

Even better, he finished ahead of his team mate Charles Leclerc whose mistake on the last lap was enough to allow Vettel to slip past and pick up the well deserved podium for the first time since last years race in Mexico.

“It was quite intense and quite long but I had good fun,” Vettel told the media, adding that it had been an outstanding start in which he picked up eight places on the first lap that had set up his success.

“I had a really good opening lap, I think I found myself already up to P4 and was quite happy on the [full wet tyres] then switched to inters.

“It was a bit more difficult then than the beginning, and only towards the end I was able to find the pace again.

“Obviously it was very intense on the last lap and a bit of a surprise to snatch the podium,” he admitted. “I saw that Charles was quite close to Sergio [Perez] and I heard Sergio was struggling with his tyres so the laps. 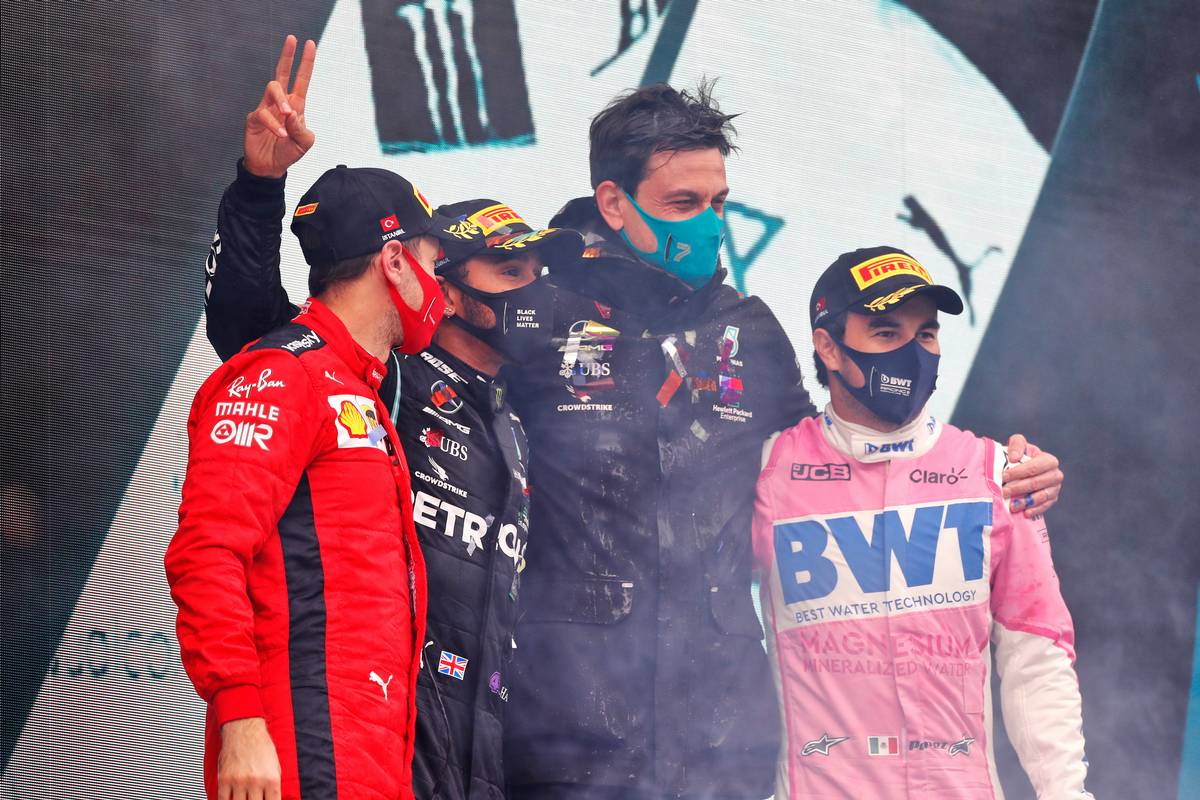 “I was already chasing them down and then could see them fight. As soon as I saw Charles locking up I obviously saw there was an opportunity for me.”

Vettel felt that he could very easily have also gone on to snatch second from Perez who was on the same intermediate tyres since lap 10, while he himself had pitted for a fresh set on lap 33.

“It was also very close with Sergio as well, I think he had nothing left on his tyres,” he said. “It was a really enjoyable race in very tricky conditions.”

Vettel wished that there had been a chance for one final stop to take on slick tyres for the first time, but with a damp track still catching people out and the threat of more rain before the end of the race, teams put caution first.

“With about 20 laps to go I was thinking about dry tyres, because the surface was close [to being dry] and the tyres were worn,” he said. “It was just a matter of nobody dared to put them on. 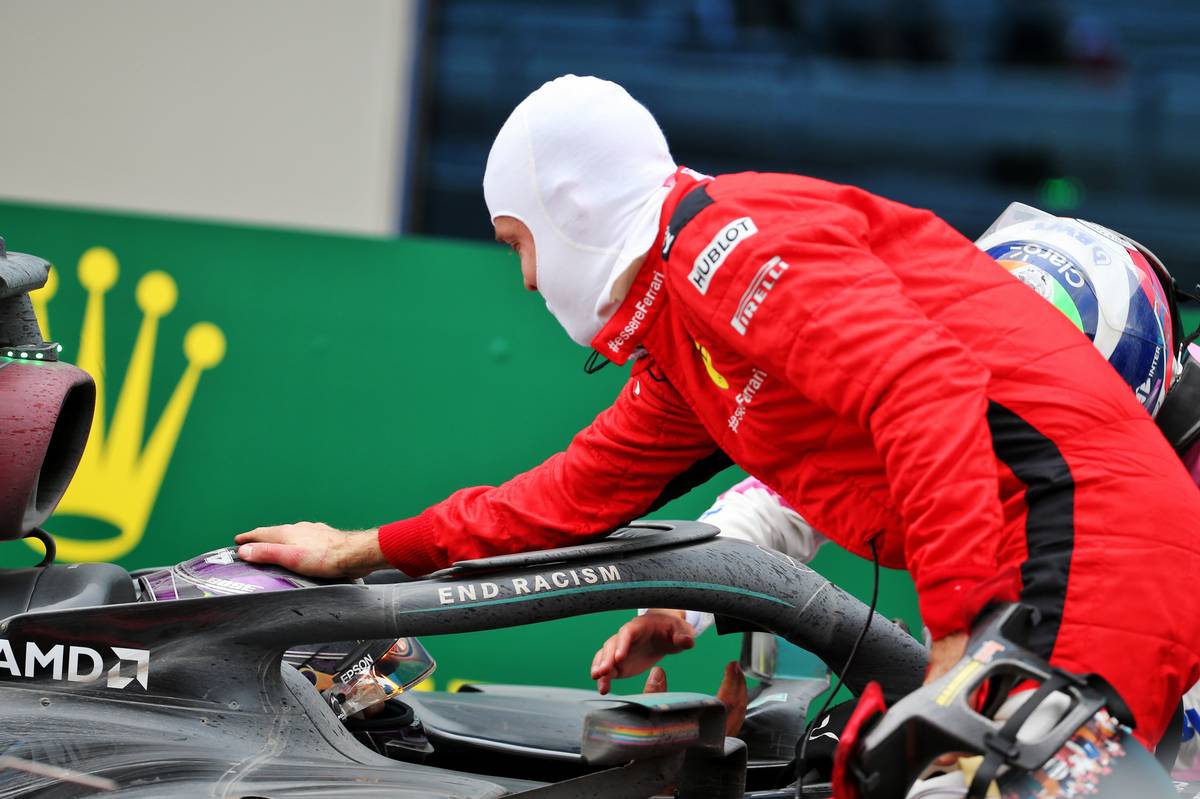 “There was some rain drops in the end but it didn’t come,” he added. “I would have really liked to put the dry tyres on as I think that would have been a chance to win. But I’m equally happy with third.”

Vettel departs Maranello in six weeks time at the end of the season to take up a new role at Racing Point – ironically behind the wheel of Perez’ car that just pipped him to second place in Turkey.

As for the driver who won Sunday’s race, Vettel was generous in his praise after Lewis Hamilton equalled Michael Schumacher’s all-time record of seven championships.

“He drove fantastically well,” he told Sky Sports F1. “It wasn’t his race to win, and he still won it. Once again he managed to pull something special out of that bag

“It’s his day if you make history like that,” he said. “It’s a massive achievement, I’m happy I can witness firsthand.

“He has equalled the championships, he has more races won, he has a lot more pole positions,” Vettel added. “I told him that it’s very special for us because we can witness history being made today.”

The post Vettel: It was 'a bit of a surprise to snatch the podium' appeared first on F1i.com.

Leclerc gets a special delivery from Maranello