Max Verstappen rued a “super frustrating” Turkish GP marked by challenging conditions and a spin that cost the Red Bull driver his chances of a win in the crazy event held at Istanbul Park.

Verstappen lost ground at the outset following a slow launch off the grid that pushed the Dutchman down from second to fourth.

Eventually, he fought his way back into the top three, but on lap 18, a spat with Racing Point’s Sergio Perez for second place ended with a spin at Turn 9 that knocked the Red Bull driver out of contention.

The mishap led to a second visit to the Red Bull pit to take on a fresh set of intermediate tyres. Alas, the damage was done although Verstappen gained a couple of positions to conclude his day a distant sixth in the finishing order. 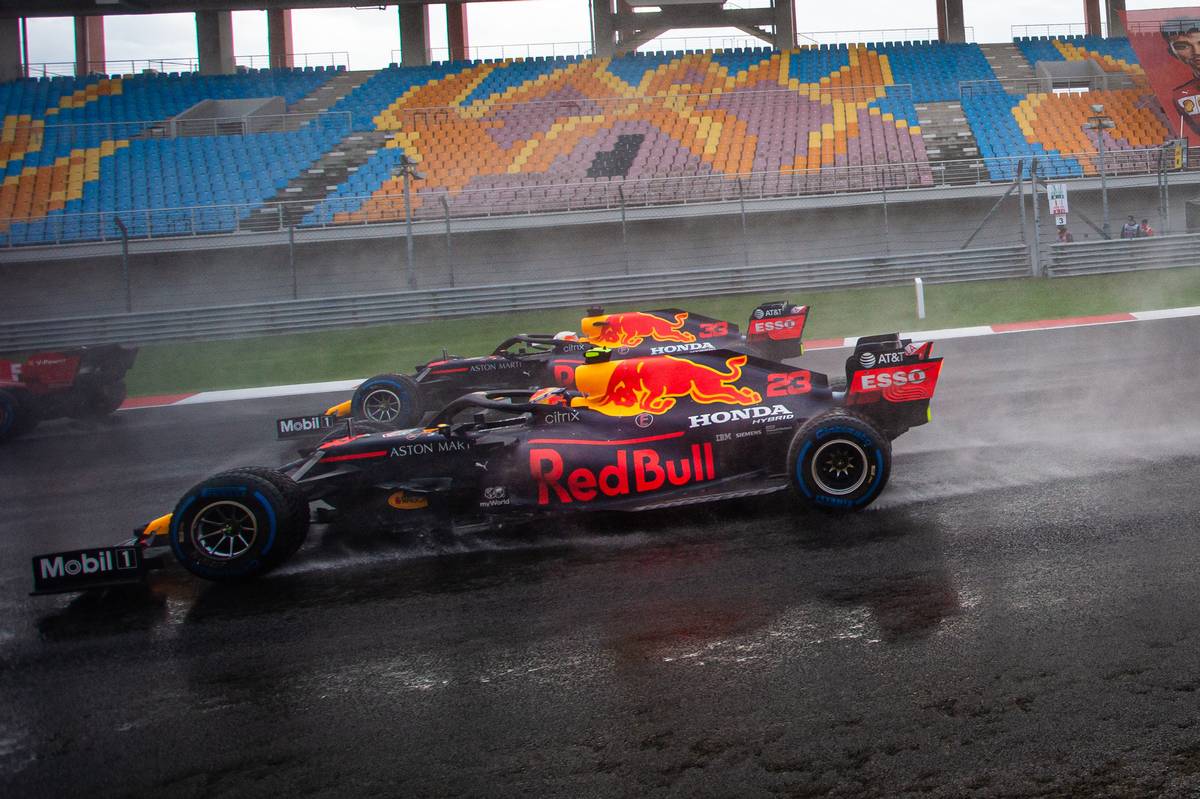 “It was very frustrating to be honest,” Verstappen said. “I tried to follow Checo through that kink and then suddenly I just massively washed-out, you get onto the green bit and then a big spin.

“I tried to keep it out of the wall of course but flat-spotted the tyres. After that you very quickly catch up with the guys but you can’t pass. There’s just one line around here, and that’s already super slippery.

“So it’s super frustrating and we were just waiting for people to pit and whatever.

“The fact the track was not really dry and you keep going on intermediates but at one point when you start wearing the rubber of the intermediates, you are just sliding over that rubber everywhere.

“Really, really difficult. Just following, no grip and trying to survive. Not a great day but hopefully we will never be in this situation again where it is so slippery.”

The Turkish GP stewards almost added insult to Verstappen’s injury when they investigated the Dutchman for crossing the white line at the exit of the pitlane.

However, the Red Bull charger was eventually let off the hook by the stewards.

Hamilton told himself to "keep it together" as Turkey victory neared