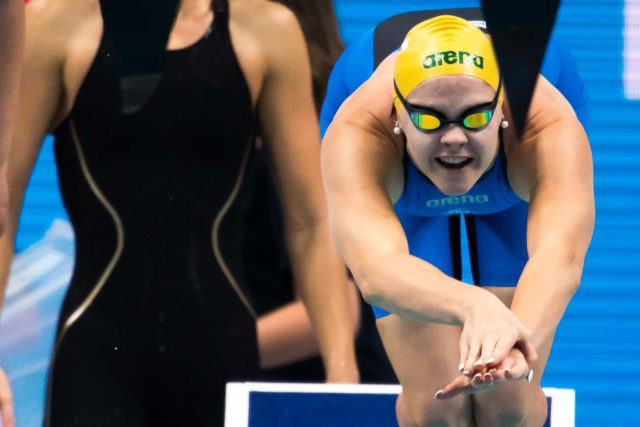 Yesterday the Court of Arbitration for Sport (CAS) released its decision regarding Aussie sprinter Shayna Jack‘s appeal. Reduced from 4 years down to 2, on the surface, Jack’s suspension still precludes the 22-year-old Brisbane native from competing at the postponed 2020 Olympic Games.

You can read our full report on Jack’s suspension reduction here.

In light of Jack’s CAS appeal outcome, Swimming Australia has published its official statement on Jack’s situation both minutely and also on the macro level in terms of what it means for her participation as a Dolphin in the future.

For instance, Swimming Australia sates, Swimming Australia will continue to offer Shayna support and she will be free to return to the sport at the conclusion of her sanction which is 12 July 2021, which points to the fact that they would not make an exception for Jack to somehow make the Aussie Olympic team after having not been able to compete at the nation’s Olympic Trials set for April.

As a reminder, the 2020 Olympic Games were postponed to begin on July 23, 2021, due to the coronavirus pandemic.

The outcome from the Court of Arbitration for Sport (CAS) brings our athlete, Shayna Jack certainty after an incredibly challenging time for her and the sport over the last 18 months.

Swimming Australia has always respected the process that is in place to protect the system, sports, and importantly, the athlete by allowing them due process and, in turn, we respect the decision CAS has announced.

In Shayna’s case, the Sole Arbitrator in charge found, on the balance of probabilities, that she did not intentionally ingest ligandrol and considered that she had discharged her onus of proving that the anti-doping rule violation was not intentional.

The approach to anti-doping is deliberately strong and needs to be – to protect the athletes and more broadly, the sport. We have a zero tolerance approach to doping and always will – this is our responsibility. However, this does not mean that we cannot demonstrate care and empathy for young people who are part of our community, who are thrust into a complex system that can be overwhelming, often confusing and confronting.

It must not be forgotten that athletes have rights in the anti-doping system, one of these rights is confidentiality.  It is unacceptable for the privacy of athletes to be compromised or for their wellbeing to be impacted as a result.

Shayna is a young and driven athlete, and we hope the outcome of the hearing enables her to move forward after a difficult period for her and her family.

Swimming Australia will continue to offer Shayna support and she will be free to return to the sport at the conclusion of her sanction which is 12 July 2021.

Learning How to Overcome Anxiety About Swimming | Catalyst