Home > Swimming > Sjostom’s Back Problems Return, But ISL Final Doesn’t Seem To Be In Doubt

Sjostom’s Back Problems Return, But ISL Final Doesn’t Seem To Be In Doubt 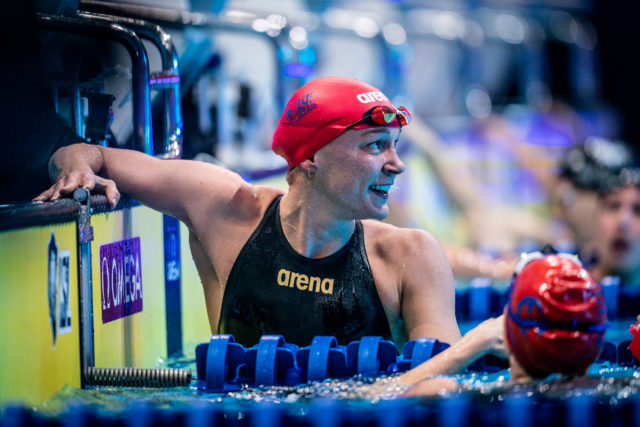 Swedish television broadcaster SVT reports that Sarah Sjostrom is once again dealing with back problems, but doesn’t expect to miss this week’s ISL final.

Sjostrom is a 2016 Olympic champion for Sweden and the reigning league MVP in the International Swimming League. She was an early frontrunner for MVP again this year, but missed her team’s Week 3 matchup while dealing with ongoing back issues.

The 27-year-old Sjostrom had returned with a vengeance, winning meet MVP honors in Energy Standard’s Week 5 match and in Semifinal #1. But Sjostrom told SVT that her back pain has returned with one meet to go in the season.

“I felt quite good when I came back,” Sjostrom said in a rough translation of SVT’s Swedish-language story. “But now it has caught up.”

Sjostrom says she thinks the back pain stems from a 9-month absence from competition during the coronavirus pandemic. Sjostrom hadn’t competed since January, then jumped right into the ISL’s taxing format, which will wind up featuring six matches over the span of about five weeks for Sjostrom’s Energy Standard team.

The SVT story says that Sjostrom does not think she is in danger of missing the ISL final this weekend, and that she’s getting treatment to manage the pain heading into the final.

“It does not get worse from competing,” Sjostrom noted in the SVT story. “It is the same level of pain all the time.”

Sjostrom was the league MVP last year, and her Energy Standard team won the first title in league history. They’re favored to do so again after winning last week’s semifinal. But Sjostrom’s availability is a big key to a repeat title run, with the Cali Condors, London Roar and LA Current all relative threats to steal points from Energy Standard in the final.

Read the full story on SwimSwam: Sjostom’s Back Problems Return, But ISL Final Doesn’t Seem To Be In Doubt

Silca Synergetic Wet Lube promises to redefine how fast chain oil can be!

ISL 2020: Team MVP Update For All Ten Teams After Semifinals