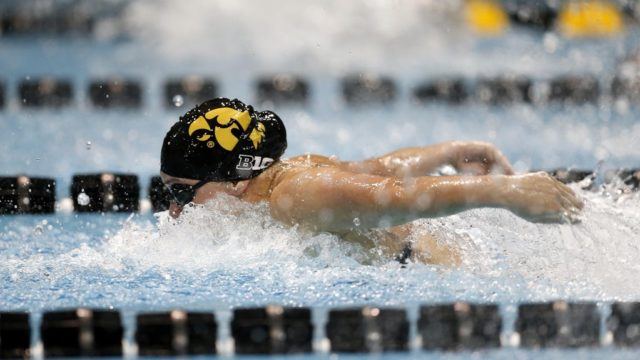 A fundraising campaign to reinstate four eliminated sports at the University of Iowa has raised more than $2.8 million in pledges so far.

The cuts came in a year with multiple eliminations of Division I swimming & diving programs, but was the first school in the Power-5 conferences to cut swimming & diving programs in both genders since Clemson in 2012. The school said it was already facing a $15 million reduction in its athletic budget due to the coronavirus pandemic. And when the Big Ten moved to postpone its fall football season, the school projected lost revenue of about $100 million.

The Big Ten eventually reversed course and started its football season this fall, though with an abbreviated schedule. The school said that the return of football would not change its decision to eliminate the sports.

Meanwhile, the Save Hawkeye Sports campaign has been collecting pledges from prospective donors hoping to help save the programs from elimination. Combined pledges to all four cut sports now total $2,832,205 as of Wednesday morning. The campaign has been live for only about two months, launching on September 21.

Dan Flack on Coaching Club vs College, Wisdom Learned Through Both