The McLaren team suffered a stormy Saturday at Istanbul Park, which only got even worse after the end of qualifying for the Turkish Grand Prix.

A weather-hit final practice saw Lando Norris up in sixth place while his team mate Carlos Sainz was only 12th quickest, but the pair had a harder time of it in the afternoon.

Both drivers missed the cut at the end of Q2 after starting with an ill-fated early switch to intermediates before being forced back onto the full wet extreme tyres.

“We compromised the session with the intermediate at the start of Q2 which obviously didn’t work as expected,” Sainz conceded. “By the time we were managing to get the wets to warm up properly, the session was over.

“I could only do two timed laps before the chequered flag, and it wasn’t enough,” he added. “It’s very disappointing.

“I’ve never been so far off in the wet. Normally it’s the conditions I love and I tend to do very well, but today it was just impossible to warm up the tyres.

“Just towards the end we were finally starting to feel some grip, but we just went to the wets too late. We gambled on the inters and it simply didn’t work. 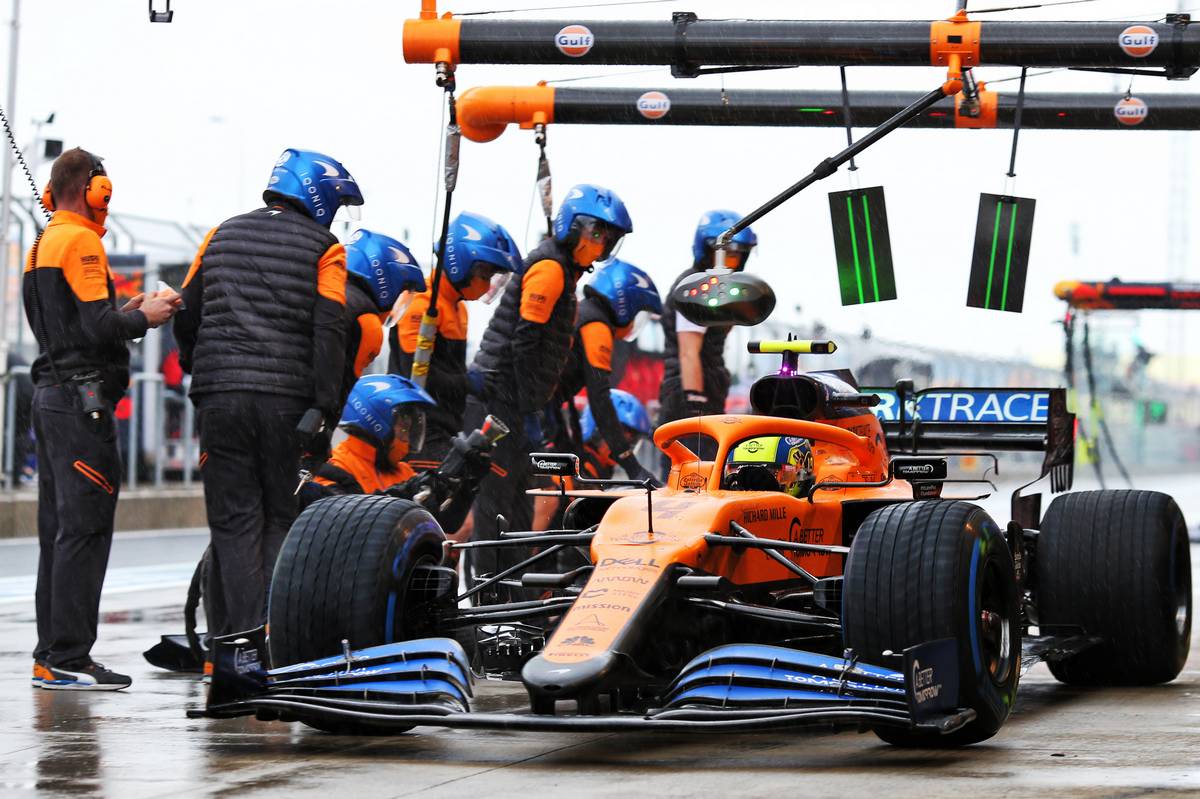 “A shame. I’m very upset about it, I’m not going to lie. It is what it is,” he sighed. “For the race the conditions look to be drier again, so we’ll do our best to recover from today.”

“We just struggled throughout,” admitted Norris. “I don’t think we managed to extract enough out of the car to do better today.

“Maybe we didn’t choose the right tyres for the start of Q2, so we were a couple of laps behind the others. At that point I don’t think we managed to get the Wet tyres in the right window to improve enough and make it to Q3.”

Norris ended up over half a second away from making it into the top ten and Sainz even further back in 13th. But Sainz was subsequently handed a three place grid drop for impeding Racing Point’s Sergio Perez during the second round. 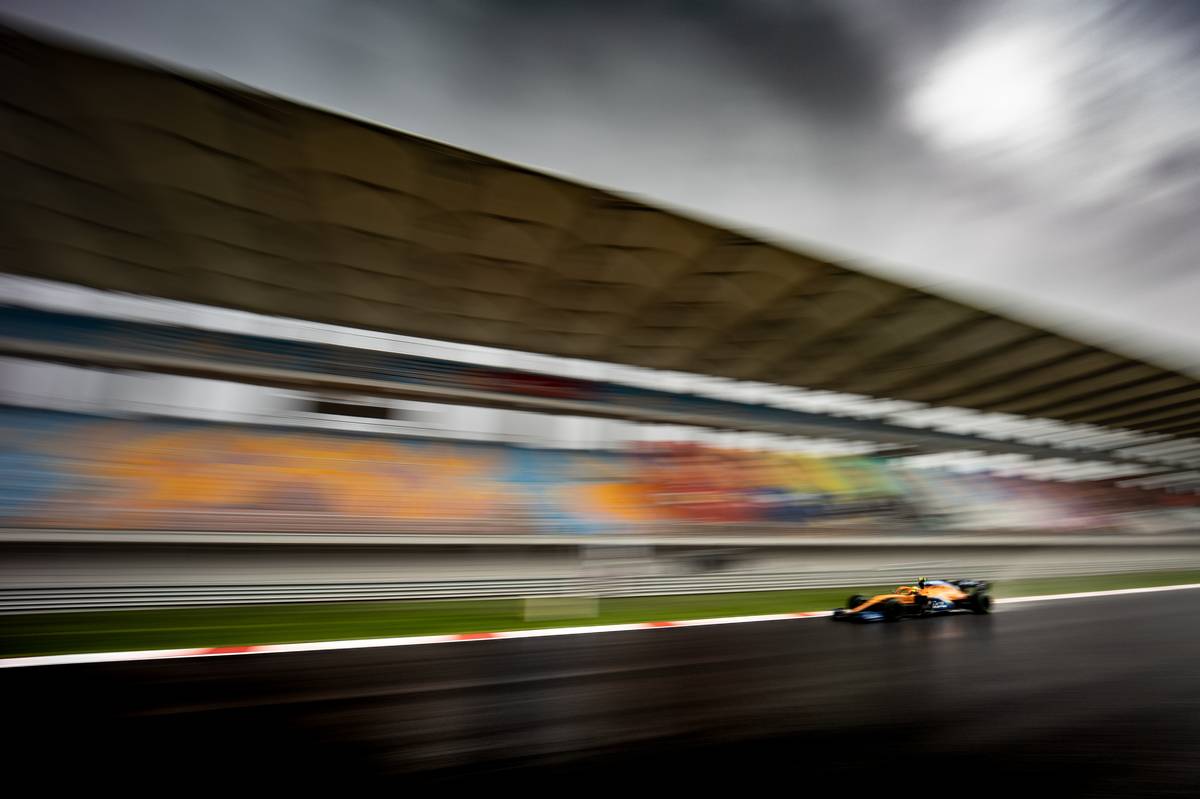 “We are all trying to warm up the tyres or different run plans, and I think in the wet, the stewards need to be a bit more conscious of that,” he explained. “We are all struggling to stay on track and if I impeded, it’s because I’m slow – it’s not because I am trying to impede anyone.”

And worse still, Lando Norris received a five place punishment for not respecting yellow flags at the end of Q1. As a result of the punishments, Sainz and Norris will now line up alongside each other on the eighth row of the grid in 15th and 16th respectively.

“We’ll have to try to fight our way forward tomorrow and take any opportunities that come our way,” asserted Norris.

The outcome is a major setback in the team’s campaign to win third place in the constructors championship, which currently sees them locked in a tight battle with Renault and Racing Point. 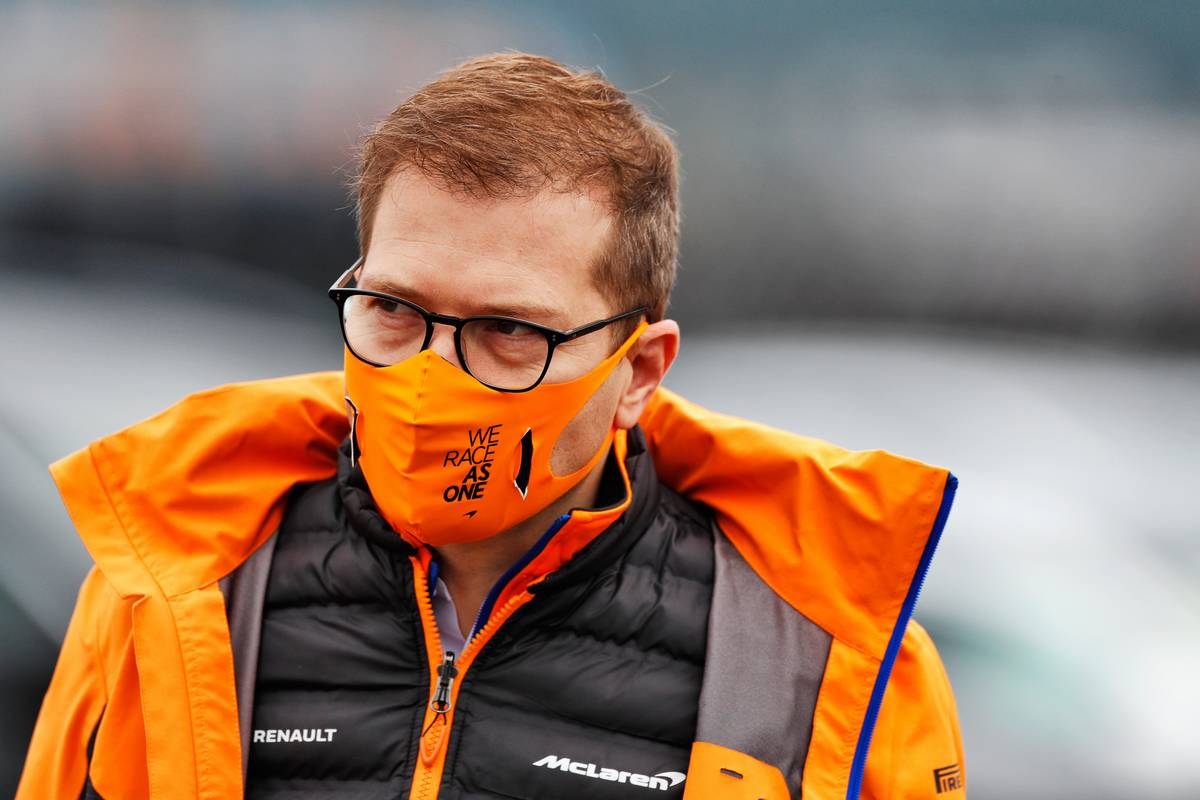 “It’s been a very tough Saturday for the team,” admitted McLaren principal Andreas Seidl. “Having neither car in Q3 was definitely not what we had in mind coming to the circuit this morning.

“Track conditions were difficult during the qualifying session, requiring rapid decision-making. With hindsight, deciding against the full wet tyre at the start of Q2 potentially cost us the chance to progress as we couldn’t put the Intermediate tyres in the right window.

“[But] points are distributed tomorrow and not today. It’s important for the team to reset, apply what we’ve learnt in different conditions so far this weekend and get ourselves into the fight for points [on Sunday].”

Gasly: AlphaTauri can fight top midfield rivals 'on all tracks'

How fast is an F1 car? Top speeds of F1, IndyCar, MotoGP and more

From the archive: Button's last spell with Williams