Ronald Koeman hits out at Everton fans; reveals who he nearly signed

Ronald Koeman has hit out at Everton fans, saying they sometimes “expect too much” and are “living in the past”.

The current Barcelona boss was appointed as the Toffees’ manager in June 2016 after an impressive two years at fellow Premier League club Southampton.

He secured Europa League football in his first season in charge at Goodison Park. But he was sacked in October 2017 when the side found themselves in the relegation zone.

Reflecting on his spell on Merseyside with Alan Shearer for The Athletic, Koeman said: “It was difficult, that period, because Everton are a club, and also the fans, who expect sometimes too much.

“I think sometimes they are still living in the past about the great seasons that they had at Everton.

“My first season was a really good one, Romelu Lukaku scored 25 league goals and we had great home games against Manchester City, who we beat 4-0, we beat all the big ones and it was great. But to do the next step, that’s the most difficult one.”

After securing European football for the 2017/18 season, Everton splashed the cash in the transfer market. They spent in the region of £150million on new players.

However, they failed to replace the goals of Lukaku, who joined Manchester United for £75million. Koeman has previously stated he believes this contributed to him losing his job.

The Dutchman added: “We spent a lot of money, we signed Jordan Pickford, we signed Michael Keane, we signed Gylfi Sigurdsson and some more players but the big miss was that we did not have a striker like Lukaku. That was really painful.

“We were close to signing Olivier Giroud at that time. Finally, we started with Dominic Calvert-Lewin as the No 9. At that time, he was too young, but if you see him playing now, he’s really a good player and I like him.

“That was a really difficult situation — when we lost Lukaku, we lost 25 goals.”

Koeman went on to be appointed as the manager of his nation in 2018 but left his position of Netherlands boss to take over at Barcelona last August.

The Catalan giants had their joint-worst start to a La Liga season, tallying only eight points after six games. They now sit second in the table, 10 points adrift of leaders Atletico Madrid. 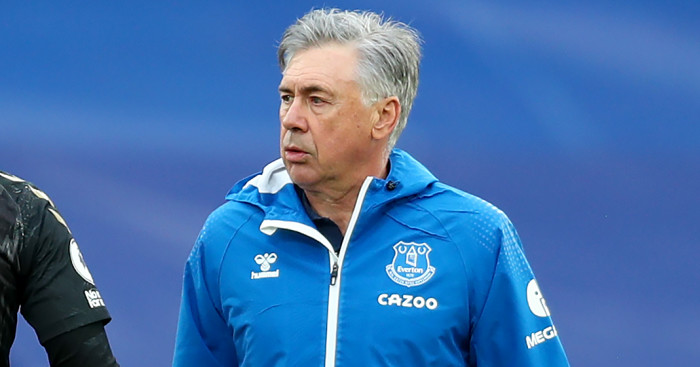 The 29-year-old Norway international, whose contract would have expired in the summer, has signed a short-term deal.

The Toffees nipped in to beat Fulham to the player on Monday evening. His acquisition adds much-needed pace to the forward line.

King has not scored in the league since, coincidentally, against Everton on the final day of last season when Bournemouth suffered relegation.

Meanwhile, his three goals this campaign have all come in the FA Cup. However, Ancelotti has stressed that the striker can offer much more if his goals have dried up in recent months.

The post Ronald Koeman hits out at Everton fans; reveals who he nearly signed appeared first on teamtalk.com.