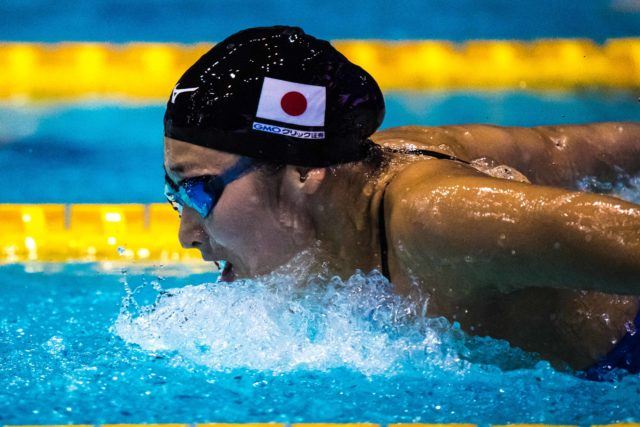 20-year-old Rikako Ikee of Japan has been making remarkable strides both in and out of the pool as she recovers from leukemia.

The 2016 Olympic finalist and 2018 Asian Games MVP was diagnosed with leukemia in February of 2019 and spent the majority of last year in the hospital undergoing intensive treatments.

After more than 594 days away from competition, Ikee returned to racing at the Tokyo Special Swimming Tournament in August, where she logged a 50m freestyle time of 26.32. The multi-national record holder followed that up with an even quicker 25.62 at Japan’s Student Swimming Championships the first weekend of October.

Now Ikee and her Renaissance coach Isamu Nishizaki are aiming to add more events to her repertoire for 2021, revealing that the 100m free and 100m fly are now entering the picture.

Nishizaki told Sanspo that Ikee is now performing the same pool workouts as her teammates, including Sachi Mochida. He said, “From this month, I’m basically trying to have her do the same thing as everyone else.”

One reason Ikee has been able to get this point is her commitment to the weight room. She had commented before that she was conscious of how skinny she had gotten due to her health situation, but now Ikee herself said, “My muscles are coming along and my body is building. I’m taking steps, so the trend is going well.”

We reported how Ikee would be opting out of next month’s Japan Swim but it sounds as though the Kosuke Kitajima Cup slated for January will be the coach/athlete duo’s next target.

Shilton admits ‘animosity’ to Maradona; would like to have cleared the air