Neco Williams’ excellent displays for Wales are offering some comfort for Jurgen Klopp as Liverpool aim to battle through their defensive crisis.

The Reds have gaps to fill in defence after a string of injuries to their established stars.

Virgil van Dijk is a long-term absentee. And in the last few weeks, Liverpool have suffered further blows.

With Joel Matip out with a knock, Klopp turned to Fabinho to partner Joe Gomez in central defence

But the Brazilian was forced off during the Champions League victory over FC Midtjylland.

Matip returned to play alongside Gomez in the crunch clash with Manchester City and the duo helped the Reds emerge with a 1-1 draw.

But Trent Alexander-Arnold limped off with a calf injury at the Etihad. And with Liverpool’s defence starting to look threadbare, Gomez sustained a serious knee injury while on England duty.

Gomez has previously played at right-back to give Alexander-Arnold a rest but both England stars are now out.

James Milner is always on hand to plug a number of holes. But Liverpool have another decent option at right-back in the form of Williams.

While he’s had to bide his time to wait for opportunities at Anfield, the 19-year-old is starting to become a regular with Wales.

Williams has been Welsh wonder 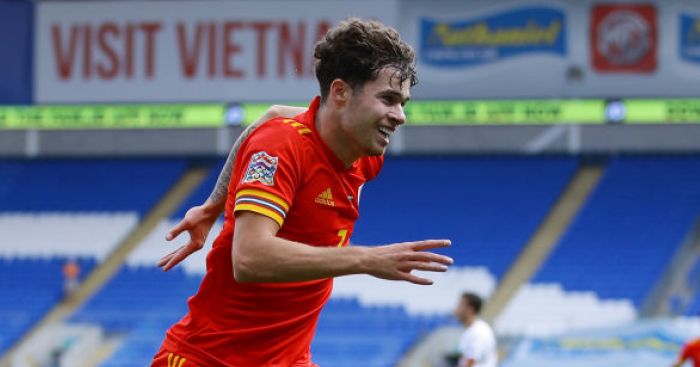 He’s played a role in all five of their Nations League matches in the last few months and started the last two.

He came on as a second-half substitute to score a last-gasp winner in the 1-0 home win over Bulgaria. And in those five matches, Wales didn’t concede a single goal.

His latest promising display came in the 1-0 victory over the Republic of Ireland on Sunday.

He was selected ahead of Swansea City’s Connor Roberts and drew plenty of praise on social media after being named man-of-the-match.

Williams was bursting with energy down the right and played a role in the build-up to David Brooks’ winning goal.

That performance suggests he could also gain another start when Wales host Finland on Wednesday night.

If they avoid defeat, Williams and Wales will be celebrating promotion as group winners.

And that will put him in a great frame of mind as Klopp looks to come up with a defensive line-up against Leicester at the weekend.

Milner may be seen as the more reliable answer. But Williams has given Klopp another welcome option.

Rumour Has It: Liverpool interested in Ramos, Real Madrid line up Zidane successor

With or without Hugo Boumous: The show must go on for Mumbai City

Debut for Zambia's Mwepu as Brighton claim victory against Burnley

Jim Curtin says Philadelphia Union are 'a good team, not a great team’