Pundit Danny Mills has claimed that Liverpool’s announcement about Joe Gomez’s knee injury was “odd”, adding that the club could be withholding further details.

The Reds revealed on Thursday that Gomez will be out for a ‘significant’ part of the season with the injury.

What’s more, Liverpool said that the England defender damaged tendons during a training session. Indeed, the club made that clear after Virgil van Dijk suffered knee ligament damage in October.

However, Mills has said that it is “strange” that Liverpool have not given a timeframe on the injury. As such, he believes there may be further concerns that medical staff want to keep under wraps.

“There’s been no timeframe given by the club which I find a bit odd,” he told Football Insider. “That’s a little bit of a strange one in itself to be honest. When Virgil van Dijk got injured they came out straight away and said it was his ACL.

“You do wonder if there’s been something a little bit concerning in there for Joe Gomez which is why they haven’t released what it is.

“Maybe the surgery is a little bit more complex and they think it might be quicker but there’s something in there they may be worried about and they don’t want to put that out in people’s minds and it might be a little bit longer than they hope.” 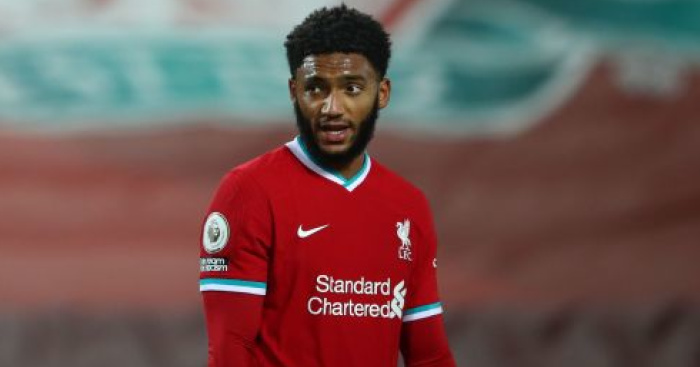 Mills added that Liverpool must now enter the January transfer market to find cover. Indeed, Joel Matip has emerged as the Reds’ only senior, recognised centre-back.

Behind him, defensive midfielder Fabinho is luckily returning to fitness after initially playing alongside Gomez.

Liverpool can also call on Nathaniel Phillips and Rhys Williams, but Mills feels the club need a more senior signing.

“I said when Virgil van Dijk got injured that they needed to go in for a centre-half because look what happened to Manchester City,” Mills added.

“They tried Fernandinho at the back who did a decent job for a limited time but you can’t do it long-term.

“You can’t get away with that for a full season if you want to challenge for championships and trophies.”

TEAMtalk understands that Liverpool are considering a move for free-agent defender Daryl Janmaat.

Ranking top Africans in the Championship 2020-21