Theo Walcott was denied a dream evening at Molineux after Wolves fought back to secure a 1-1 draw with Southampton.

Both sides flew out of the traps, with Wolves forcing Saints stopper Alex McCarthy into a pair of superb early saves.

Nelson Semedo’s long-range effort following a corner was palmed away. But McCarthy’s work was not finished there, as he showed quick reflexes to regain his feet and make another smart stop after Leander Dendoncker latched onto the rebound.

In the absence of impressive centre-half Conor Coady, Wolves’ backline did not appear as solid as Premier League audiences are accustomed to seeing.

Stuart Armstrong sought to capitalise on the shakiness, threading an incisive pass through to Theo Walcott who forced Rui Patricio into action. 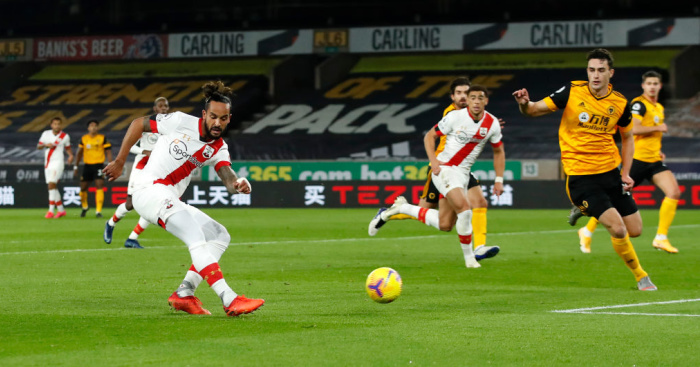 Adama Traore – recalled for his first league start since September – initially struggled to have his customary impact on proceedings.

As the half-hour mark approached, however, the speedy winger finally stretched his legs as two Saints midfielders were left in his wake, but his deflected strike proved little trouble for McCarthy.

Moments later Armstrong passed up the game’s clearest opportunity yet after superb work from Oriol Romeu and Che Adams had fashioned a chance.

The game’s opener appeared to be all but a certainty in arriving, but both goalkeepers stood firm as half-time approached.

Adama Traoré completed more take-ons (6) than passes (5) in the first half vs. Southampton.

Direct is an understatement.

Both sides emerged unchanged following the break, with Daniel Podence and Raul Jimenez both coming close to breaking the unlikely deadlock soon after.

Southampton continued to hold out, and were finally rewarded for their patience when Walcott scored his first goal for the club since 2006 just before the hour-mark.

"15 years after his last league goal for Southampton Theo Walcott strikes for them again!"

The duo again combined to almost double the visitors’ advantage, but this time Walcott’s finish was not assured.

Nuno Espirito Santo introduced Pedro Neto to the action in search of an equaliser, and the Portuguese winger almost made an immediate impact.

Traore’s flowing run started a sweeping move that resulted in Neto receiving the ball just inside the area, but Southampton’s defence stood firm to the tune of a last-ditch sliding tackle to block the shot.

Their resistance was finally broken with 15 minutes left to play, when Raul Jimenez’s driven effort cannoned back off the post straight to Neto. The winger did well to tuck home the rebound first time with the ball travelling at great pace off the woodwork. 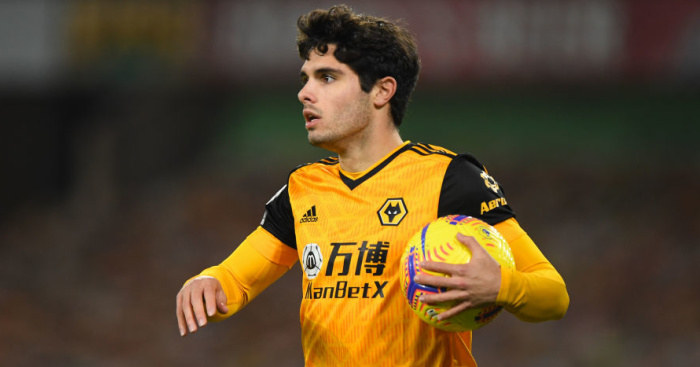 The hosts appeared the likelier of the two sides of finding a last-gasp winner, though time ran out as Wolves and Southampton were made to settle for a hard-fought point apiece.

Orlando Pirates star Mhango: When I told Kaizer Chiefs coach Hunt I would score 15 goals he said I must stop joking