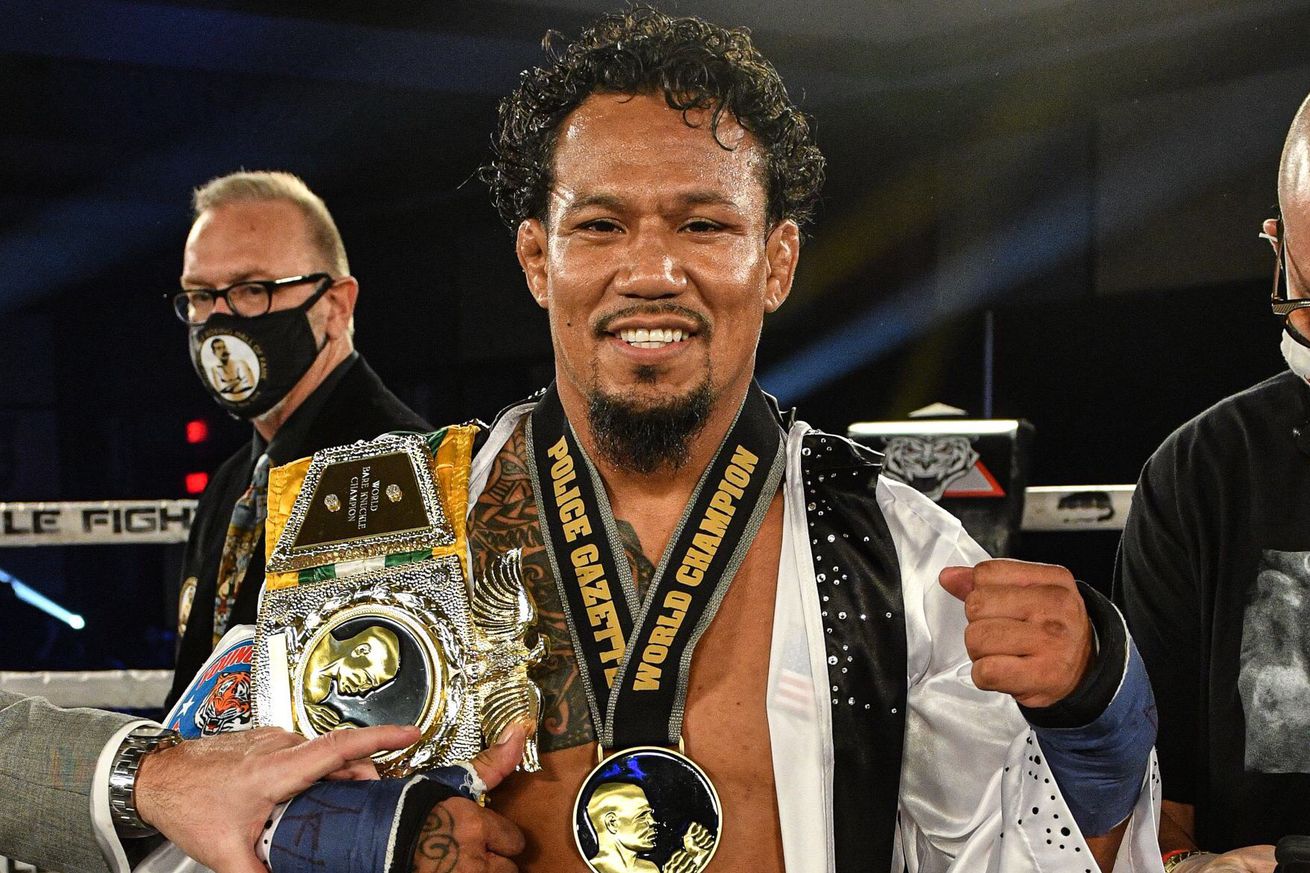 The BKFC main event was a blowout, with Luis Palomino asserting his dominance at 155.

Luis Palomino and Jim Alers came into tonight’s Bare Knuckle Fighting Championship main event at BKFC 14 with a grudge to settle, former training partners whose relationship reportedly turned sour, and in 44 seconds, it was settled.

Palomino (3-0, 2 KO) crushed Alers (4-1, 3 KO) in short order, dropping the 34-year-old former UFC fighter twice and finishing things in under a minute, smoking him on a right hand that pretty much ended the fight, but Alers did try to fight on to no avail. He was dropped again and stopped there.

Palomino, a 40-year-old originally from Peru and now based in Miami, is an MMA veteran himself, having competed in Bellator for a stretch, and has looked dominant since going to bare knuckle. His win saw him retain the BKFC 155-pound title, and add the Police Gazette championship, as well.

“I busted my ass in the gym, man, because Jim Alers was the face of this organization and this division,” Palomino said after the fight. “And I took him out the way that I did because I am that much better. I’m the undisputed champion of the world, and I’ll continue to be that.”

There was also a pro wrestling-style interruption by Tyler Goodjohn, a potential future challenger. I’ll get into that sort of thing more in the results below.

England’s Goodjohn, who is a recorded 2-0 (1 KO) in bare knuckle and 13-5 (4 KO) in pro boxing, will make his BKFC debut next month as part of the BKFC 15 card, which also features British heavyweight Mark Godbeer, and is built around a “The British Are Coming” theme. You may have seen Goodjohn over the years in boxing, he’s had losses to guys like Tyrone Nurse and Johnny Garton. He last fought in pro boxing in 2017.

Before we get into the fight recaps, I also wanted to note that Frank Mir, the 41-year-old UFC veteran and former heavyweight champion, was at the show, did commentary for one fight, and said he’s “basically 100 percent in” for coming to BKFC and trying his hand in this sport. Mir has a career 19-13 record in MMA, which is better than it might seem to boxing fans who don’t follow MMA much, and while he certainly is well past his prime in MMA (he’s lost four of his last five), his experience and toughness could make him a real threat in bare knuckle.

Andre Ward Reveals Who He Would Target If He Did Return

Pacquiao: I'm Leaning To Mikey Garcia, Crawford is Not Ruled Out