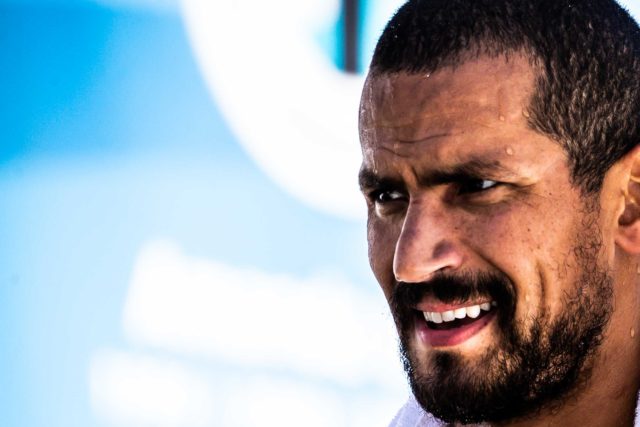 Olympic gold medalist Ous Mellouli is embroiled in a domestic legal dispute days before he is scheduled to compete in his 6th Games, Tunisian media is reporting.

Mellouli initially claimed that he was the defendant of a complaint filed by the Tunisian Swimming Federation regarding forgery and theft, but a press release by the Ministry of Youth and Sports says that it is actually his mother who is the complainant.

The federation says that Mellouli’s presence is optional, since his mother is the complainant and not the defendent in the case.

This is the latest in an ongoing dispute between the Melloulis and the federation. In 2017, the federation filed a complaint against Khadija Mellouli and in 2018 against the athlete Oussama Mellouli for forgery.

It is still unclear what, exactly, the dispute involves.

The 37-year old Mellouli won a gold medal at the 2008 Olympic Games in the 1500 meter free in the pool, and at the 2012 Olympics he added a gold medal in the open water 10km race and a bronze in the 1500 free. That made him the first swimmer to win medals in both open water and the pool in a single Olympics.

He studied computer science while racing collegiately at USC in the United States.

Shortly after the 2007 World Championships, it was revealed that Mellouli had tested positive for the banned substance Adderall, a stimulant and form of amphetamine usually prescribed to treat ADD. Mellouli was given just a warning by the Tunisian authorities, and FINA appealed the case to the Court of Arbitration for Sport, resulting in an 18-month suspension.

Still, he is one of the country’s all-time sporting heroes, responsible for 3 of the country’s all-time 13 Olympic medals. He made other headlines this week when he was the first to bid on the tennis racquet of Ons Jabeur. Jabeur, also a Tunisian, became the first Arab woman to ever make it to the fourth round or quarterfinal of the famed Wimbledon tennis tournament in England last weekend. She sold off the racquet she used to raise money to fight the ongoing COVID-19 pandemic.

The racquet eventually sold for 35,000 Tunisian Dinar, which is approximately 12,547 USD. The final buyer was not disclosed.

Read the full story on SwimSwam: Ous Mellouli Embroiled in Legal Dispute with Federation Ahead of 6th Olympics

Vidal: Sparring With Guys Like Sebastian Fundora Has Opened So Many Doors For Me