By SwimSwam on SwimSwam 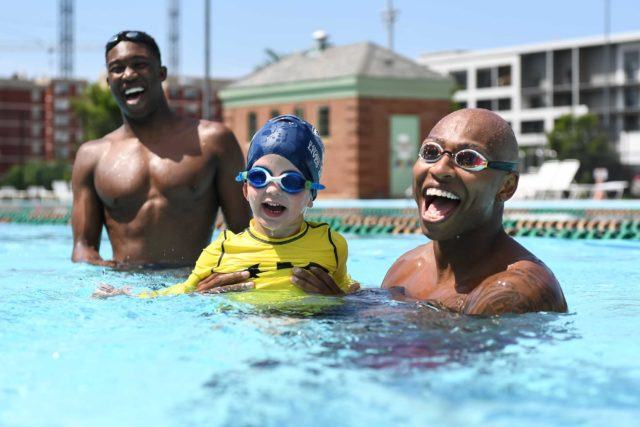 Jones was confirmed to the post during the November 20 USA Swimming Board of Directors meeting. He will fulfill the remaining two-year term of a recently vacated director position.

USA Swimming President & CEO Tim Hinchey added: “In getting to know Cullen over the years, I can state with confidence that his passion for supporting and delivering the important message about the lifesaving skill of swimming to communities across the country is extraordinary. He has held many volunteer roles within both USA Swimming and the USA Swimming Foundation, and we are thrilled to see him fill this newest position and continue to be a voice within the leadership of our sport.”

Since 2008, Jones has served as an ambassador for the Foundation, travelling the country to more than 50 Make a Splash Tour stops as an advocate for the importance of learning to swim – a cause near and dear to the two-time Olympian.

Following a near-drowning accident at a water park when he was just five years old, Jones’ parents promptly signed the young boy up for swim lessons and his love for the sport took off. He went on to become the first Black American athlete to set a world record – one that still stands today. At the 2008 Olympic Games, Jones swam on the world-record setting 4×100-meter freestyle relay team.

In 2007, Jones married his wife, Rupi, and she gave birth to their son, Avyn, in 2019. As a new father, Jones has committed to “practicing what he preaches” and will enroll Avyn – who’s already shown a love for the water – in swim lessons.

“I truly believe my life comes full circle,” Jones said. “I remember in 2008 after winning gold, I attended meetings with fellow Olympian Rowdy Gaines, then president of the USA Swimming Foundation, the leadership of [longtime sponsor] Phillips 66 and my team as we developed a drowning awareness program with the mission to help all U.S. children learn the lifesaving skill of swimming. Eleven years, more than 1,500 local partners and nearly $8 million invested in learn-to-swim lessons later, we are still educating our country and combating the epidemic-levels of drowning. I consider it an honor and a privilege to serve on the USA Swimming Foundation Board to further our mission of saving lives and building champions.”

Jones jokes that he’s never really retired from swimming because of his commitment to the USA Swimming Foundation’s philanthropic mission, but also working to ensure the sport becomes more reflective of the diversity in the United States. He’s teamed up with other Black former and current USA Swimming National Team athletes to form the Black Leadership in Aquatics Council (also known as Team BLAC), whose mission is to be the aquatics leaders of the Black voice and to impact the sport of swimming through exposure, resources and mentorship.

Jones has also recently been hired by Speedo as its Philanthropic Sales Manager.

Guy & Wood Put On A Show During Glasgow Morning Finals

Kathleen Dawson Breaks Down 100 Back European Record, Re-Swim for Gold

Ikee Keeping To Relays Only; Sato Adding 100 Breast For Olympics