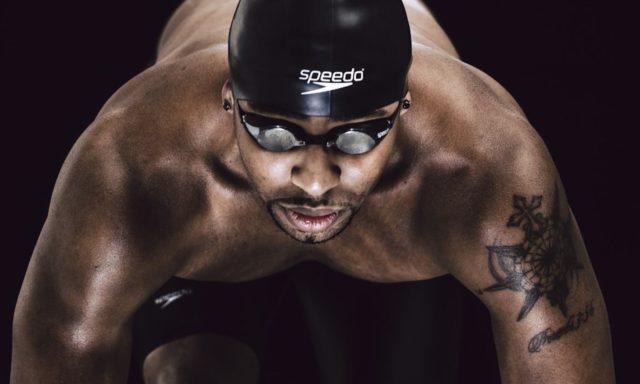 Four-time Olympic medalist, two-time Olympic champion Cullen Jones gets raw and real in this GMM takeover of the SwimSwam Podcast.

Cullen has enjoyed many highs and some tough lows. In this interview Cullen shares how Coach Bob Bowman, David Marsh and his own mother called him out in brutally honest ways during one of his lows, when, frankly, his grit for training didn’t match his talent. Bowman delivered his message – his wisdom – as they watched the final Cullen missed from the stands.

I asked Cullen, a Speedo Athlete, to come on the podcast to talk about his new position with Speedo and their philanthropic mission–which is a perfect team slot for him and very forward-thinking of Speedo. Cullen does share a little about it, but the depth of that news won’t drop until Feb-March of next year. In the mean time, we review Cullen’s career and the pivotal moments that now define him as an adult.  Cullen’s got four Olympic medals, but he’s also lived through a lot of 3rd place finishes at U.S. Olympic Trials.  On the run up to the 2008 U.S. Olympic Trials, he made a snap decision that was very dramatic.  Cullen details all of it here in 45 minutes. I hope you enjoy!

This is a Gold Medal Media production presented by SwimOutlet.com. Host Gold Medal Mel Stewart is a 3-time Olympic medalist and the co-founder of SwimSwam.com, a Swimming News website

The 4 Players Barcelona Are Looking to Sell in January