Jose Mourinho was delighted to see Gareth Bale look a bit more like his old self as Tottenham progressed in the FA Cup after a 4-1 win at Wycombe.

The Championship strugglers had stunned their Premier League opponents when Fred Onyedinma slotted in the opener midway through the first half.

But Bale marked a rare start with the equaliser just before half-time, hooking in Lucas Moura’s cross.

Tottenham upped the pressure in the second half but Wycombe repelled numerous attacks before a late Spurs surge.

Winks curled home to give Spurs the lead with minutes to go, while Ndombele ensured there would be no late drama when he finished from close range and then stabbed home a fourth in injury time to set Tottenham up with a fifth-round tie at Everton. 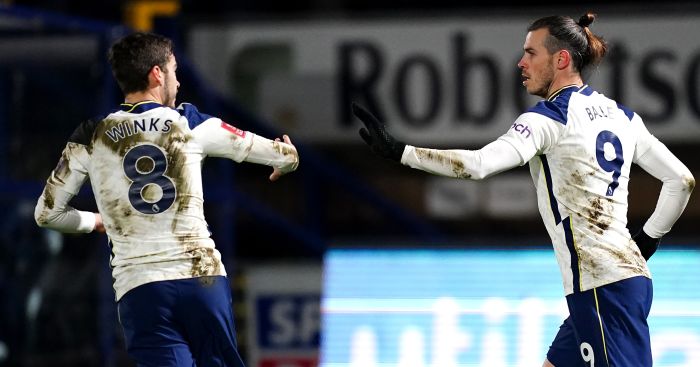 Speaking after the match Mourinho admitted he feared a tough test: “I knew it. I knew it would be difficult.

“We prepared the game, knowing it could be hard. It’s not easy if you don’t score goals. Great for us to score in minute 85 because it gave us the ability not to play extra-time.”

Bale had a mixed night for Spurs, missing some easy chances before finally getting on the scoresheet and showing a bit more of his old magic.

And Mourinho was pleased with his efforts, adding: “He looked good, taking on players. Scored the goal.

“Championship is a good level. That is good. I am happy.”

Chansiri is heading for disaster with £12k-p/w “fighter”, SWFC fans will be fuming – opinion