By Karl Ortegon on SwimSwam 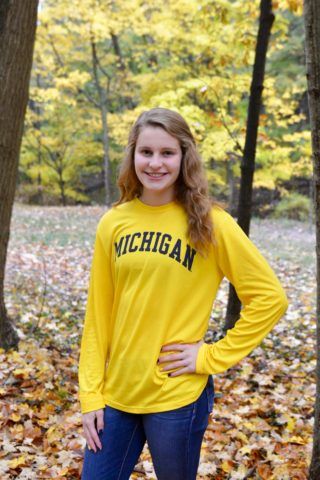 Freshman Kathryn Ackerman continued to trek through a successful debut campaign. First, she swam a 28.62 medley relay breast split; with just one heat of the men’s relay to rest, she dove back in for the 200 free, where she clocked a 1:46.80, her first time under 1:47 and her first best in that event in almost two years.

Ackerman’s true show-stopping swim came in the 400 IM, though, where she knocked two seconds off of her best to finish in 4:05.58, a Michigan school record. That appears to be the #4 time in the country this season, and it’s by far the best freshman performance of the year so far. Last year, this time would’ve been good for #11 in the nation. The swim is four seconds better than any Wolverine went last year, and it upends Courtney Beidler’s 4:07.42 program mark from 2012.

Junior Mason Hunter made a clear statement as Michigan’s new top breaststroker by churning out lifetime bests in both breaststroke events.

Hunter’s 100 breast was a very significant drop; at a First Chance meet at the end of his freshman season (2018-19), Hunter clocked a 52.77 for his first sub-53 performance. As a sophomore, he brought that down a bit, going 52.69 at the 2020 Big Ten Championships. This fall, though, he’s split 23.2 breast on the medley relay, and his 100 from last Tuesday took an eight-tenth chunk off of his time from the last Big Ten Champs.