Mental Health for Athletes: 6 Ways to Reduce Stigma in Sport

By Jeff Grace on SwimSwam 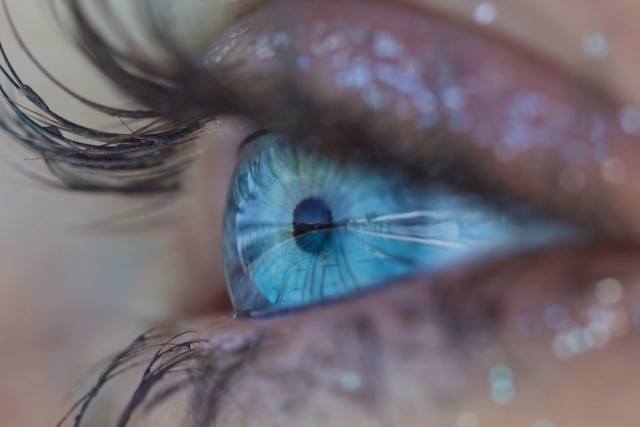 “I am challenged with Bipolar II disorder.”

For years that statement scared me – a lot. I wanted to be an advocate, but because of my fear of how people would react when I disclosed my illness, my struggles with remained a secret. I kept it hidden for 13 years.

Over the past two years I have reached a point where I can attack that fear head on.

At times I felt my fears were over exaggerated, but when doing research for this article I came to realize that the trepidation I had was justified.

Statistics from the Canadian Centre for Addiction and Mental Health, based on a survey conducted in 2008 show:

Statistics from a 2004 study published on the Mental Health Connection of Tarrant County (an area of Texas that includes Fort Worth) website:

Though some of these studies are dated, statistics from a 2015 survey (listed on the CAMH) shows it remains prevalent in the work place:

In our series ‘Mental Health for Athletes’, we’ve spoke about how stigma may be magnified in the world of athletics. Conceding, “mental health concerns” can imply weakness – a trait no athlete wants to portray.

Acknowledging that stigma is real is a start. But we need to take a proactive stance to minimize its far-reaching effects. And in doing so, we can save lives.

So what can be done?

Here are six ways we can reduce stigma surrounding mental health in sport:

Fear is a common reaction people have when they do not understand something.

Words such as bipolar, borderline personality disorder and schizophrenia carry a heavy connotation, and are often misrepresented in the media. Education about these is crucial.

How do we educate those in the world of sports?

Information on mental health issues can be included in coaching education systems and conferences. Mental health related issues are serious medical concerns that the majority of coaches are not qualified to handle much like many physical injuries and illness. Being properly informed and knowing how to approach and manage these health concerns will enable them to help many athletes.

Some areas to cover might include identifying common conditions, symptoms, , how to communicate and direct an athlete to appropriate medical professionals, how to build a team environment that is accepting and compassionate towards athletes who may be dealing with mental health issues, etc…

Athlete education should be readily available. This can be done in several ways. A unique initiative from the University of Michigan called ‘Athletes Connected’ has built a platform that provides a tremendous amount of content, including -research, practical ways to find help, educational information and webinars.

We can learn from the experiences of successful athletes who have become advocates in their own right. Athletes such as Brandon Marshall (New York Jets), Keith O’Neil (Super Bowl champion with the Indianapolis Colts), and Clara Hughes (Olympic gold medalist) have shared their experiences and have their own websites that have an educational component.

What is ‘mental toughness’?

The definition here is extremely important. Mental toughness is a quality that successful athletes have, but what does it mean to be mentally tough?

These behaviours can be symptoms of different mental health issues. Low self-esteem, low energy and withdrawal are signs of depression. Excessive anxieties are experienced in several types of anxiety disorders. Emotional reactions that seem out of the norm are symptomatic of bipolar illness.

As an athlete, I dealt with many of these challenges. I had no idea why I felt the way I did. I attributed these experiences ito the fact that I was not mentally tough, which in turn impacted my self-esteem. Ultimately they were symptoms of my own mental health challenges.

None of those behaviours meant I was not mentally tough. Later in life I came to realize that dealing with these challenges in a positive and effective way actually fit the definition of ‘mental toughness’.

Athletes and coaches alike need to have clarity around this term so it is not looked at as an “either/or” scenario.

Resilience. Persistence. Tolerance of discomfort. Confidence. Performing under pressure. Consistency. These are all components of mental toughness. But the ability of the toughest athletes to act in these ways can ebb and flow.

These traits are communicated clearly when mental toughness is defined. With this awareness, athletes and coaches are better equipped to correctly identify persistence, rather than an experience of excessive personal struggle.

Let’s face it – there are times we have to suck it up and push through. Just not all the time.

Working alongside some of the world’s best coaches, I have seen the care they take to communicate the difference between person and performance. Someone challenged with mental health issues can be excessively hard on themselves, largely because they are ashamed of their perceived weakness. This leads them to define their character by their negative experiences.

For athletes, understanding the difference between person and performance can be paramount. Who you are and how you perform are not one in the same. For example, accepting criticism is a skill necessary to excel – but there needs to be an understanding that criticism is directed at behaviours, and not an attack on a one’s character.

Mental health can be an uncomfortable topic, but the only way to reduce stigma is to actually talk about it. Discussing mental health in a supportive and positive environment – the type of environment we strive for in a team – is a wonderful place to start.

Again, this is where education comes in. It can be daunting for a coach or athlete to bring up mental health in a team environment. But armed with the right skills and understanding, it is an easier conversation to start.

An effective tactic is to bring in guest speakers – a sports psychologist or an athlete who has successfully overcome mental health challenges. While it may be an expensive endeavour, it can be an invaluable experience and opportunity for a team.

Create a team where athletes know that it is safe to speak about mental health. When coaches foster this, each and every team member can embrace their example. With the mindset that mental health concerns are not any different than physical injury or illness, athletes are more likely to ask for help.

“Crazy”, “insane”, “psycho”, “nuts” and “loony” are words often used to describe mental health. But it is this type of language that contributes to, and ultimately reinforces stigma.

In a study, ‘250 Labels Used to Stigmatise People with Mental Illness’ (1), authors examined the language used by 472 UK teens to describe mental illness.

This powerful study shows how these characterizations of mental illness only amplify stigma, and in turn exacerbates the negative health effects.

The study speaks for itself, but certainly highlights that our language greatly contributes to the stigma surrounding mental health.

There are many words that describe race, which are – and should be – unacceptable to use. The same approach should be taken when using words that harbour negative feelings and prejudice towards mental health.

Some assert this is overkill on “political correctness”. In my opinion, the incidence of suicide that results from people refusing to seek help because of stigma outweighs that viewpoint.

When we celebrate and embrace the unique qualities of each individual, both their strengths and weaknesses alike, we allow each person to know they are a valued part of the team. This is especially important for those with mental health concerns, who quite often view themselves as abnormal, and are ashamed of how they think and feel.

A team environment that allows athletes to be their own person plays an important part in reducing stigma. Creating this environment is the responsibility of both coaches and athletes. If someone believes they will not be accepted because they do not feel or experience things in the same way their teammates do, they may feel devalued even further.

With 1 in 5 North Americans experiencing mental health issues, there is a good chance that someone close to you is facing that challenge, whether you know it or not.

This should be a huge motivating factor to advocate for reducing stigma. There are several ways that this can be done.

Volunteer, participate and donate. The organizations are examples of opportunities in my community to do just that:

Or you can find creative and non traditional ways to help reduce stigma, just like this group of students from Crestwood High School in Peterborough, Ontario.

A creative way that I am trying to reduce stigma is becoming involved with a project called ‘Stand Up for Mental Health’. This program teaches those with mental health challenges to perform stand up comedy. The goal is to reduce stigma by providing an open, light-hearted environment to discuss mental health.

*Stand Up for Mental Health is offered in cities across North America and in Australia.

Another way is to tell your story. We have had several people share their experiences with us on SwimSwam. I am incredibly proud of our entire community. Knowing that people feel safe enough to share their stories through our website is extremely gratifying.

The goal is to see a day when people understand that those with mental health concerns are not dangerous, making excuses or lacking self-discipline. That they can be amazing friends, make wonderful spouses, and be a valuable part of any team or organization. That they can excel like anyone else.

The goal is to see the day where no one feels they need to hide what they go through, don’t feel shame because they need help to heal and can openly speak about mental health without the fear of being judged. The only way that we can see that day is if individuals work to eliminate stigma, because when all is said and done by doing so we are saving people’s lives.

For those athletes who are apprehensive to ask for help do not let stigma stop you from getting the assistance you need. There are people who understand, who will not judge and who want to support you.

Ask for help, you deserve it.

I have shared six ways that I think can help reduce stigma in sport. I know others have many wonderful ideas. I encourage you to share them with us.

More articles from our Mental Health for Athletes Series:

Read the full story on SwimSwam: Mental Health for Athletes: 6 Ways to Reduce Stigma in Sport