Liverpool manager Jurgen Klopp is reportedly targeting a stunning transfer raid on Barcelona for one of the world’s most exciting young talents.

17-year-old starlet Pedri has caught the eye in recent times, having been signed by Barcelona from Las Palmas last summer, though he only linked up with the club this year.

According to Don Balon, Pedri is already attracting strong interest from Liverpool, who could be prepared to pay as much as £89.6million for the teenager.

That’s a huge fee for such an inexperienced player, but Don Balon claim that Klopp is a huge fan of the youngster and views him as the future of Spanish football.

Liverpool also have a decent record when it comes to signing the game’s best young talent and giving them the opportunities to shine in their first-team.

Pedri in action for Barcelona 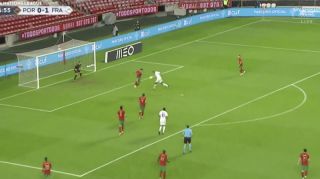 Pedri could do well to swap the Nou Camp for Anfield right now, with Barcelona not at their best for a while now, having massively under-achieved last season as they surrendered their La Liga title and also got thrashed by Bayern Munich to exit the Champions League.

Liverpool, on the other hand, won the Premier League title last term and the Champions League the year before that, with Klopp turning the Merseyside giants into perhaps the best team in the world over the last few years.

The post Liverpool ready to pay staggering £89.6m for transfer of wonderkid adored by Klopp appeared first on CaughtOffside.

Trent Alexander-Arnold Opens Up on Challenges of Congested Fixture Schedule

Forget Livermore: Big Sam must unleash rarely-seen WBA titan who is "as gifted as any" – opinion