Frank Lampard is thrilled with the impact being made by N’Golo Kante after the World Cup winner produced another superb display in the 2-0 victory at Newcastle.

The Frenchman’s form suffered a dip last season. But he’s been one of the standout stars for the Blues in the current campaign.

Improved fitness has been the key and he was at his all-action best at St. James’ Park.

Chelsea ended the weekend in third place in the Premier League table. And many are now talking about them as title contenders.

They’re currently on a run of five straight wins in all competitions. And their only defeat in 14 games this season is a 2-0 home loss to champions Liverpool.

Kante‘s recent form has been exceptional. And he even scored the winner for France in their 1-0 Nations League win over Portugal last weekend.

Lampard realises the midfielder’s importance. But he’s quick to stress that he mustn’t be pushed too hard.

The Chelsea boss said: “I don’t want to tempt fate as at the minute he is going well. It’s a constant one for us where we are managing it.

“When I came in at the start of last season he had been injured from the Europa League final and that just rolled on through the year so we just chased it down from there.

“We have had a better period of him to get him in a place where we are really happy with.

“We’re aware and we keep check on his training and numbers and how much distance he travels. Because every time you train and allow him off the leash in training he makes ridiculous output because of the way he plays. We are very careful with that and at the minute we are in a good place and hopefully that continues.

“Last year he missed 50 per cent of the games with injuries. He had a tough time for different reasons and we are working very hard on that to get him as fit and fresh.

“Now we are managing his training and game-time, but his levels of performances are really high.” 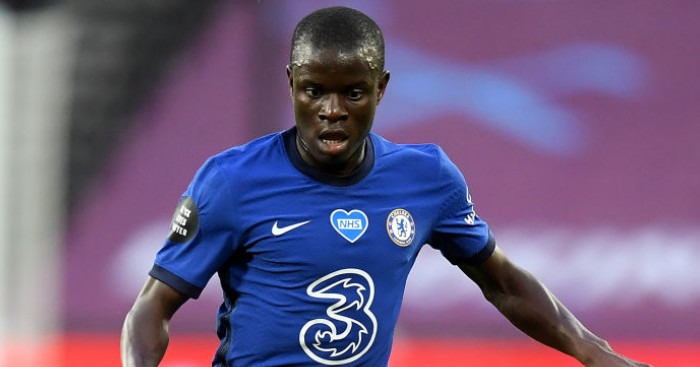 They take on the French side again on Tuesday night.

Lampard’s men are in a strong position to qualify from Group E after two wins and a draw.

Both Chelsea and Sevilla have seven points from three games while Rennes and FK Krasnodar have managed just one.

Victory for the Stamford Bridge side will secure their last 16 place if Sevilla don’t lose at Krasnodar.

Chelsea’ final two group games are away to Sevilla and home to Krasnodar.

Ilkay Gundogan is filling the void left by David Silva