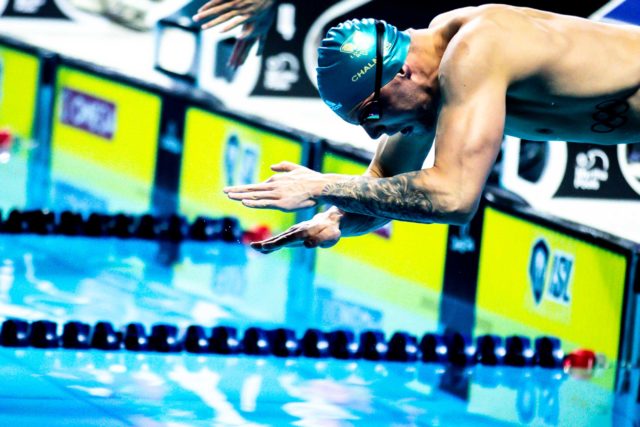 When would-be London Roar team member Chalmers withdrew from season 2 of the International Swimming League, the Marion swimmer cited an unspecified injury as his reason for bowing out of the season. That was in contrast to the great majority of Aussies having pulled out of ISL season 2 due to travel restrictions.

“Unfortunately due to injury, I will be unable to compete at @iswimleague season 2. Devastated, but all part of the process. I wish my teammates all the best. GO @isl_londonroar !!!,” read Chalmers’ social media post in September.

The picture below indicates a shoulder-related issue, with Chalmers confirming to SwimSwam today, “Clean out to ease the pain. I’ll be back really quickly.”

Chalmers is no stranger to undergoing medical procedures, as the 2016 Olympic champion in the men’s 100m freestyle has undergone 3 separate surgeries since 2016 to address his condition called Supraventricular Tachycardia (SVT). You can read more about those here.