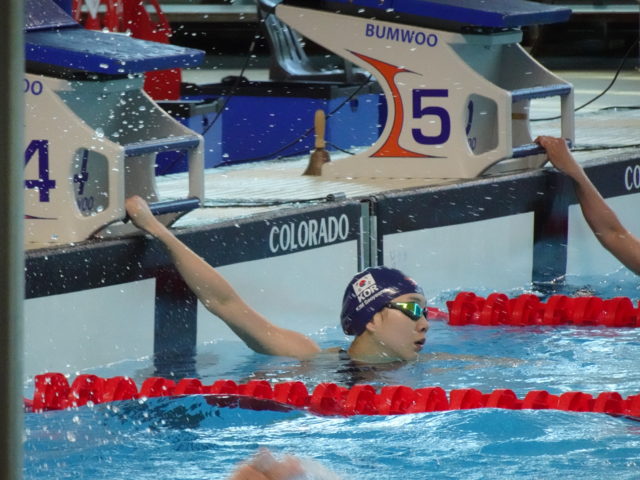 However, Kim Seoyeong also took matters into her own hands in the women’s 100m free, clocking a new national record of 54.83.

Splitting 26.38/28.45, Kim’s new lifetime best sneaked under Go Miso’s former Korean standard of 54.86 she set back in 2015. That time represented the first outing ever under 55 seconds for a Korean female swimmer.

Entering tonight’s meet, Kim’s own career-quickest was represented by the 55.57 she produced at the 2019 Korean Trials. As such, the 26-year-old had never herself been under the 55-second barrier until tonight, ripping over half a second from her previous PB to get the new 54.83 Korean record.

Below are her additional LCM records: