Roy Hodgson thought Crystal Palace were close to the best they have been under him against Aston Villa and had big praise for one player in particular.

Palace came from behind twice to earn a 3-2 win over Villa, with Tyrick Mitchell scoring the winner in the 84th minute. It was quite the comeback considering they were still losing with 20 minutes to go. But they turned it around to earn their first home win in two months.

Safety already secure, it has been a relatively comfortable end to the season for Palace. But they still showed their desire to win games with their fightback against Villa.

Hodgson seems to be approaching the end of his time with the club, but is still getting results. In fact, he said he saw some of their best qualities in Sunday’s match at Selhurst Park.

He told Sky Sports: “I thought we got back to the best of what we have been in the last few years in the second half. We were aggressive and hard-working. We chased balls down and gave them much less time.

“Our start was slow and they were looking quite comfortable so I put it down to the pure desire and pure professionalism. We came back from behind but I thought we were very good value for our three goals as there were other opportunities.

“The message that we gave them at half-time was that we felt we were getting back into the game before messing it up. We really believed if we kept up the progress we were making at the end of the first half then with more determination, aggression and desire…

“It would have been a fantastic second half had [the fans] been here today! We need to enjoy this victory then have a couple of days to make sure we are in the right frame of mind from the start against Arsenal.

“We have a number of our fans back and we want to show them it’s been a very good season for the football club and there’s lots of good times to come.”

Hodgson has high hopes for Mitchell 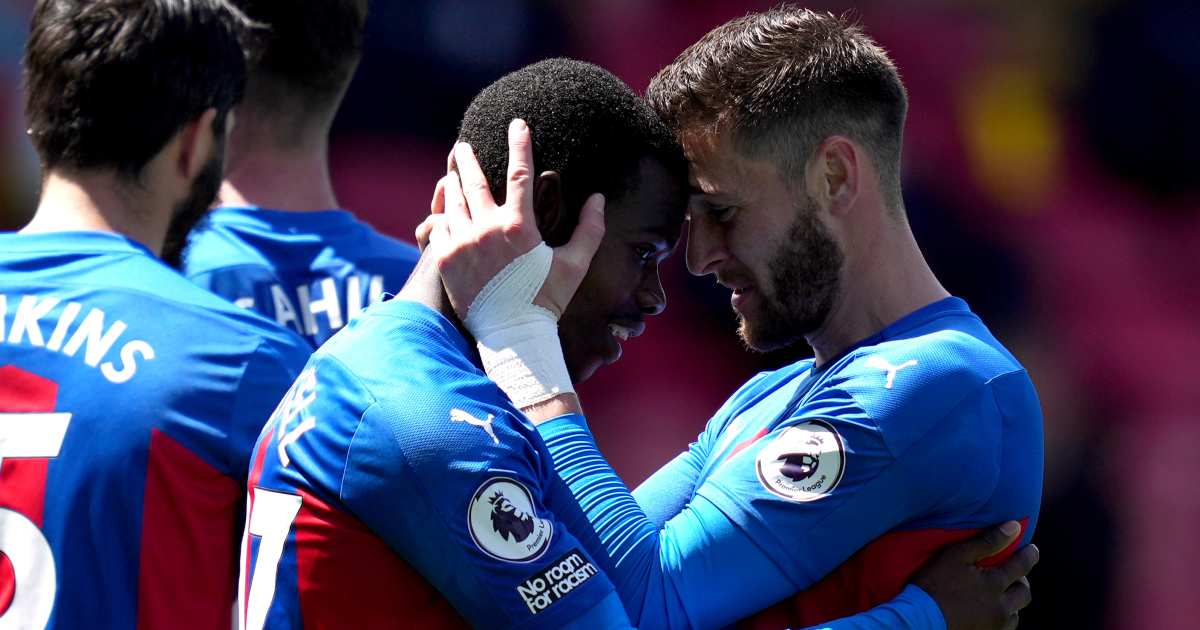 The standout performer for Hodgson was goalscorer Mitchell, who has risen in the first team this season.

The left-back got his first Palace goal and his manager revealed how impressed everyone has been with him.

Hodgson said: “Tyrick Mitchell got a round of applause when he walked into the room. That is something more deserving than that.

“His performance today was outstanding in every respect. To get an assist and the winner against a team of Aston Villa’s quality – happy days for him.

“We had Aaron Wan-Bissaka break through and do well for us and now we have Tyrick Mitchell. He has got in the team before and had to drop out through injury. What he needs now is an injury-free period but he has all the qualities I think needed to be a very good Premier League left-back.

“It’s delightful to welcome [James Tomkins] back. His injury is such an unfortunate one. At least he will be in contention for the last two games of the season.”

No Arsenal deal for Bergkamp's son after trial