Crystal Palace boss Roy Hodgson cut a frustrated figure after admitting the result could’ve easily been the same even with Wilfried Zaha in the team versus Burnley.

The Eagles succumbed to a 1-0 defeat at Turf Moor thanks to an early first-half goal from Chris Wood.

Despite a manful effort and several fine stops from Nick Pope, Palace failed to bring parity back to the scores as defeat loomed.

Speaking to the BBC following the match, Hodgson said: “Statistics don’t win matches, you win matches by scoring goals and not conceding them and that is what Burnley did.

“We gave them a bit of a free hit to go 1-0 up but after that, in particular in the second half, we took the game to them and played quite well.

“We would have been worthy I think of at least one goal but we couldn’t get it. We couldn’t find the last pass or shot to get the goal.

“You could argue conceding early gives you more time to get back into the game. They defend well, I think we did ourselves because there were not many chances for them. 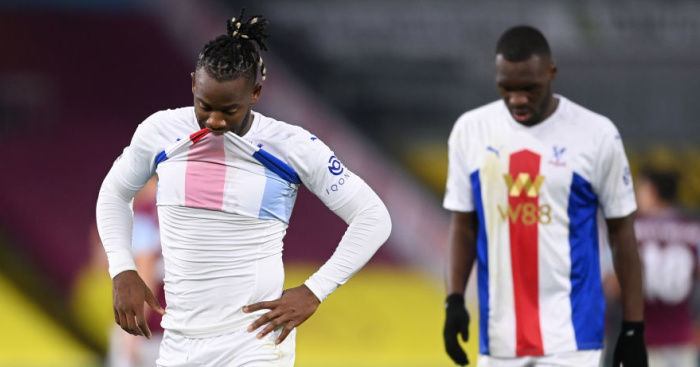 “In the first half we were for too keen to play the ball back to the goalkeeper and play long balls forward under the pressure Burnley exert.

“The second half was a much better performance and as a result I am slightly frustrated that we are going away empty handed but congratulations to Burnley. When a team like them find themselves in the bottom three it doesn’t take them long to climb out.”

Regarding the absence of Eagles talisman Wilfried Zaha, Hodgson added: “You always miss your quality players but there is no guarantee he would have had a great game tonight, or taken the chances or opened up Burnley any more than other players did.

“It is a long season, we will get players back and let’s hope we can put this defeat behind us and get winning again.”

Ideal Davis heir: Wilson must pull out all the stops to sign “real menace” for Rangers - opinion

How One Point Changed The Face Of The Medvedev-Thiem Final

'If it goes wrong, you're dead' – Southgate selection vindicated as England beat Germany at Euro 2020