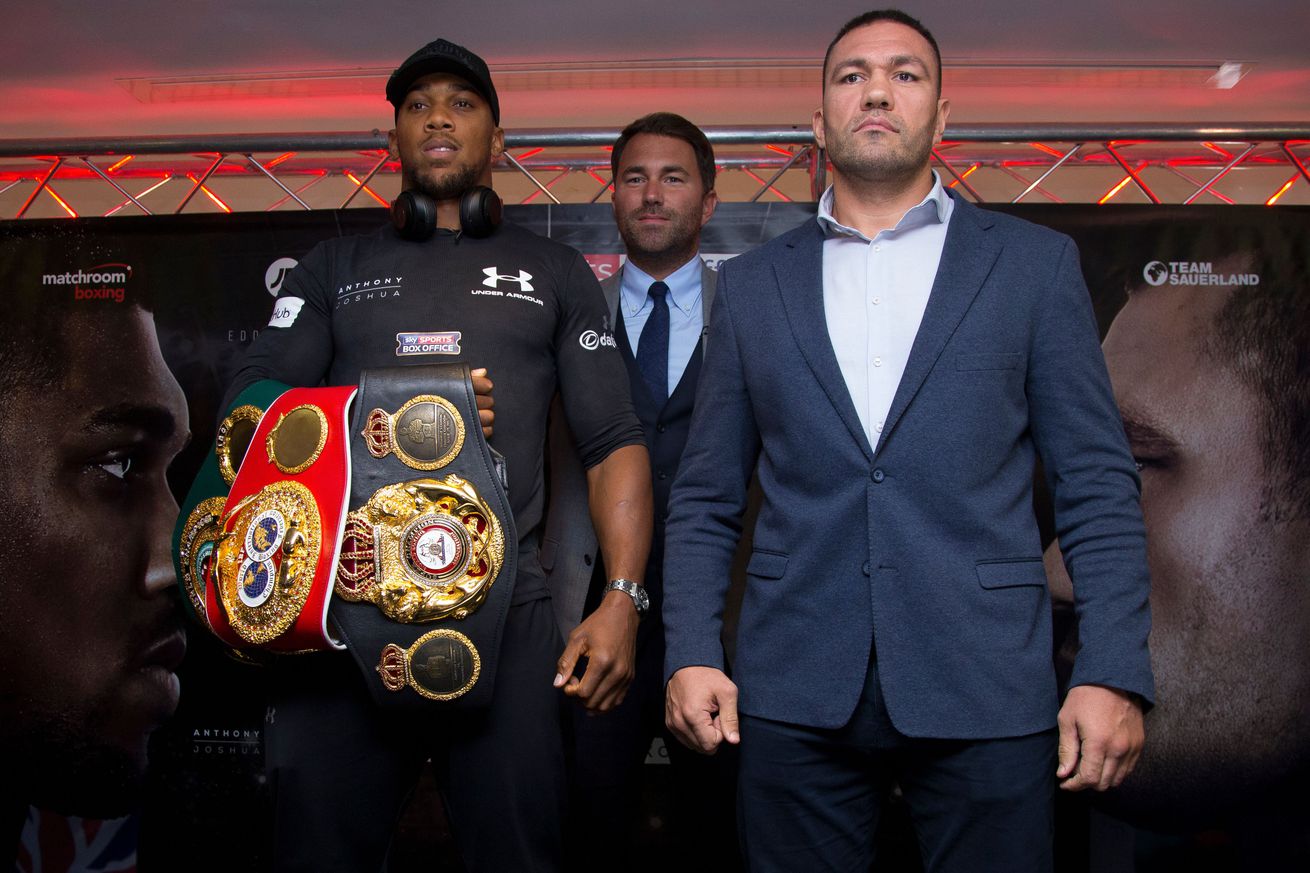 The Dec. 12 bout is a flagship event for Matchroom Boxing, who will attempt to leave nothing to chance.

With a rash of fighters — Miguel Berchelt, Luke Campbell, Alexander Povetkin — having to postpone bouts due to positive COVID-19 tests recently, Matchroom Boxing are doing their best to make sure their big Dec. 12 event headlined by Anthony Joshua vs Kubrat Pulev will go off without any problems.

Promoter Eddie Hearn admits to Sky Sports that the risk of a fight cancellation or postponement is far higher than normal, but says that Pulev (28-1, 14 KO) will make his way to London shortly, and get into Matchroom’s “bubble” well ahead of time:

“(He) will be entering the bubble weeks in advance. A lot of these top heavyweights and these guys who are earning considerable purses are being constantly tested on a daily basis. … Every international fighter has to be tested before they travel, and we will make sure he’s in the bubble, in an enclosed environment, because you just can’t risk it. Normally on fight week, you get a five or 10 percent chance that a fight could fall through. Here it’s 50-50, for every fight.”

Bulgaria’s Pulev, 39, is the IBF mandatory challenger, and he and the 31-year-old Joshua (23-1, 21 KO) were originally meant to fight this past spring, but their fight date was impacted by the pandemic, as many major bouts were. There was an attempt to hold off on the fight until a live crowd could attend, and Matchroom got the fight set for Dec. 12 at O2 Arena, though it may now be moved to The SSE Arena, Wembley, where Matchroom have taken up residence. Hearn still reportedly hopes 1,000 fans may be allowed in the building, but England is on lockdown at the moment.

Xu Can set to face Leigh Wood on July 31