Home > Formula 1 > Hamilton on Knighthood: 'I'm not an unsung hero'

Hamilton on Knighthood: 'I'm not an unsung hero'

Lewis Hamilton’s seventh F1 world title has prompted once again speculation about a Knighthood being bestowed upon the Briton in the near future, but the sport’s most successful driver insists he isn’t considering such an honour.

Hamilton stands in a league of his own with a record 94 Grands Prix wins, while his championship tally now equals that of the great Michael Schumacher.

Given the 35-year-old’s outstanding achievements, a presence on Her Majesty’s New Years’ Honours list is long overdue for many.

However, Sunday’s Turkish GP winner doesn’t see himself as “an unsung hero” worthy of an honorary title.

“Every year we talk about this and I naturally get the questions and I don’t really have anything different to say, compared to before,” Hamilton said after his triumph in Istanbul.

“When I think about that honour, I think about people like my grandad who served in the war, I think about Sir Captain Tom who got knighted and waited 100 years for that incredible honour. The people that are running hospitals, the nurses and doctors who are saving lives during the hardest time ever.

“I think about those unsung heroes and I don’t look at myself as an unsung hero. I’ve not saved anybody. It is an incredible honour that a small group of people have had bestowed upon them.”

Among the past honoured few, Sir Jackie Stewart is the only British F1 World Champion who has been knighted while the honour was also bestowed upon F1 legends Sir Jack Brabham and Sir Stirling Moss.

Regardless of his omission from the New Years list, Hamilton says he remains “a very proud Brit”.

“All I can say is that standing today, and hearing the national anthem I’m very, very proud,” he added.

“This really is like the most special moment to be able to represent, to be up there representing a nation.

“Having the flag over your head, over number one, that is such an incredible honour. That’s really all I have to say about it.

“It’s not something that I think about. I’ve got a lot of work to do. There’s more work to do here in this sport.” 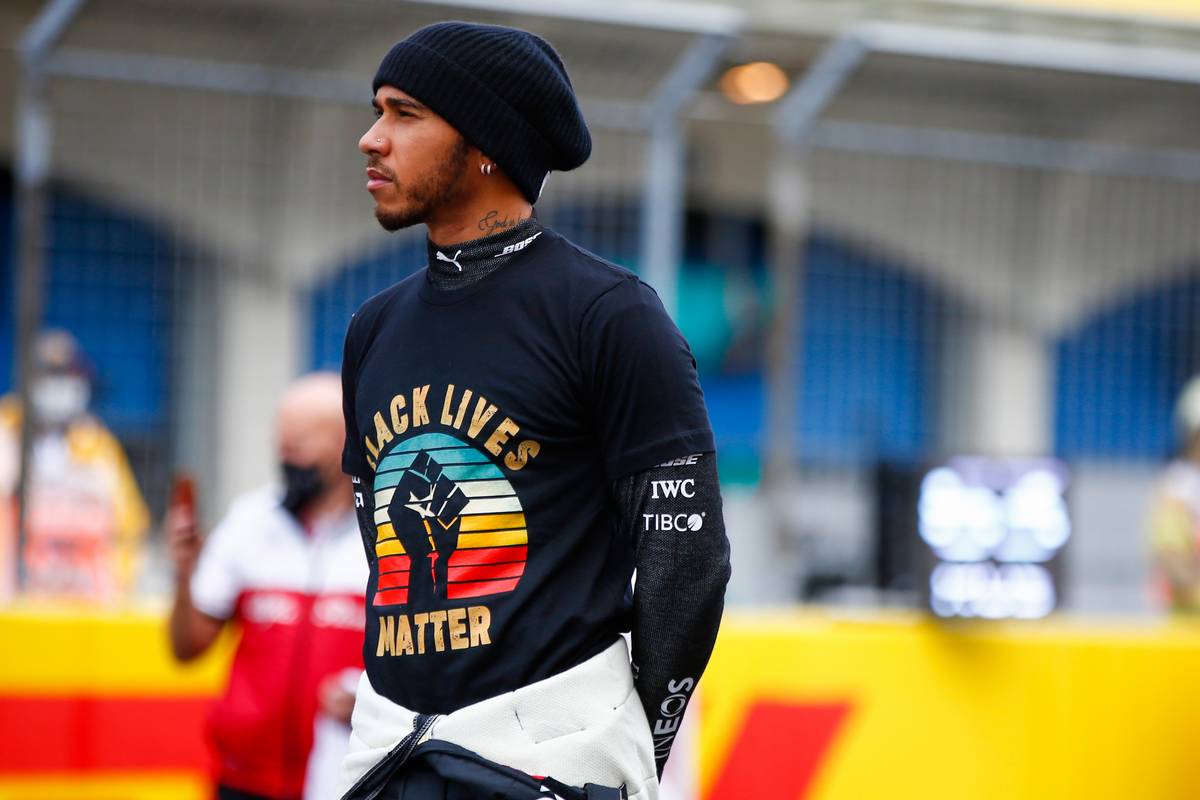 Hamilton stepped up his activism this year and fight for diversity in the wake of last spring’s social unrest and the events surrounding the murder in the US of George Floyd.

And the seven-time world champion will not relent in his efforts to promote diversity or fight racial and social injustice.

“This year we’ve had this awakening and I think people hopefully are starting to be held accountable and holding themselves accountable and realising that’s actually not a really bad thing,” he said.

“It just means we’ve got to work harder, we’ve got to not be so stubborn, open our minds up and educate ourselves a bit better so we can push for a more equal world.

“I’m not going to stop fighting for that. And then part-time maybe I’ll keep racing for a little while.”

The post Hamilton on Knighthood: 'I'm not an unsung hero' appeared first on F1i.com.

Marquinhos warns Brazil to be wary of ´great´ Cavani

McLaren explains how Norris has grown as an F1 driver

Nissany to run in F1 Bahrain pre-season test for Williams

Marko: Everything must be 'perfect' to beat Mercedes