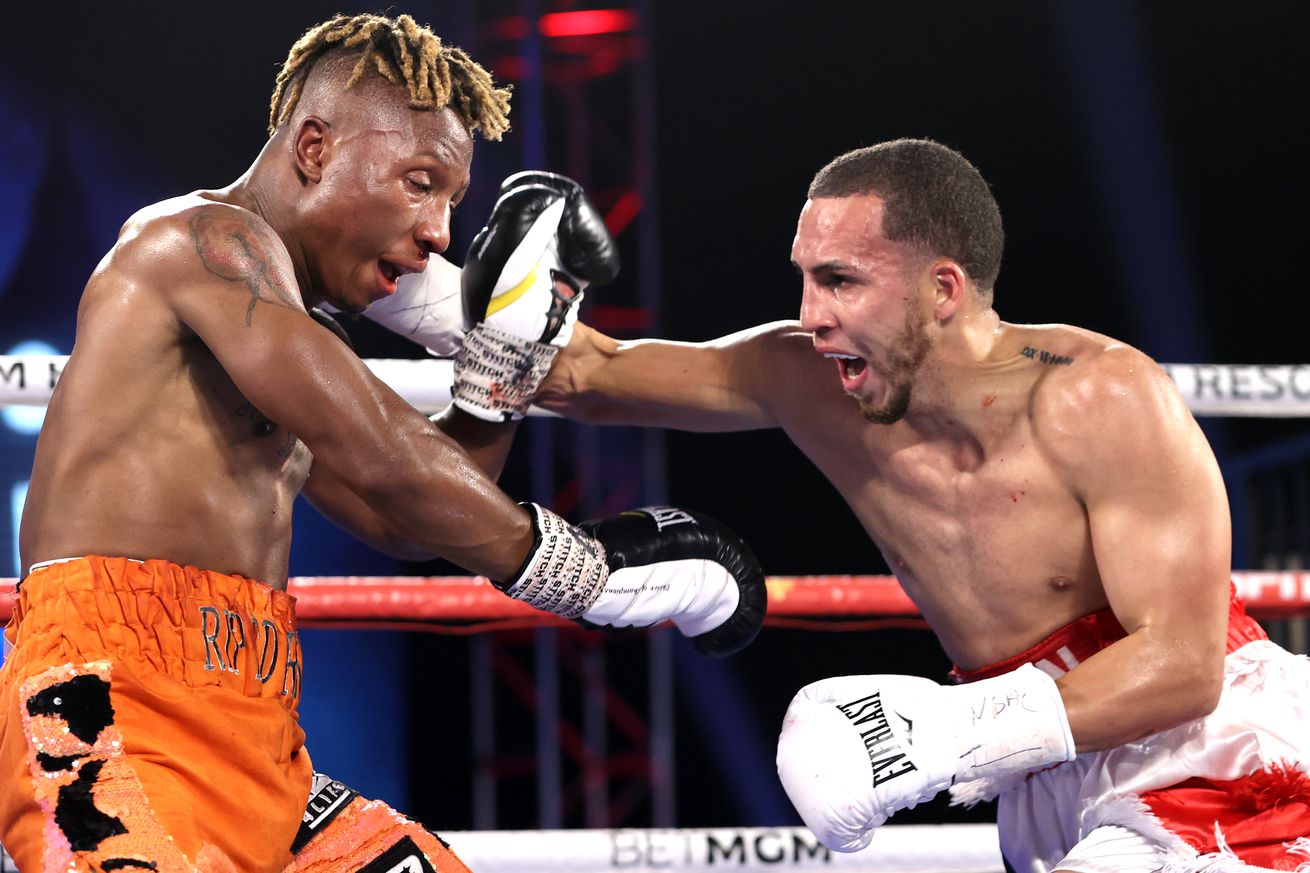 It was another disappointing night for Joshua Greer Jr heading up the Top Rank prelims.

Bantamweight Joshua Greer Jr, not long ago considered an emerging prospect in the division, struggled again tonight in his return to action, going to an eight-round draw with journeyman Edwin Rodriguez in the headline bout of the Crawford-Brook prelims.

The judges had it 77-75 Rodriguez and then two cards of 76-76 for the majority draw. BLH scored it 76-76. The scoring was fair, and there’s no real controversy here. Greer was trying to bounce back from an upset loss, but it just didn’t turn out how he wanted.

Greer (22-2-2, 12 KO) appears to simply have a much lower ceiling than Top Rank thought, and lower than ESPN pushed with Top Rank’s encouragement. He was upset in June by Mike Plania, but honestly neither that fight nor this one are inconsistent with his other recent performances, even though they were victories.

Wins over Nikolai Potapov and Antonio Nieves were both debatable, and he had legitimate struggles before stopping Giovanni Escaner. It appears, in all reality, that Greer just doesn’t have top level ability.

Now to be totally fair here, Rodriguez (11-5-2, 5 KO) is genuinely better than his record, but not really by so much that Greer shouldn’t handle him fairly well if Greer were in fact what he was pushed to be even a year ago, even a few months ago. The Chicagoan is a decent fighter, and it’s clear he really does work hard, he really has tried to get better, but he’s flawed and limited, and it’s not any big mystery at this point. Even if you thought he nicked this fight, he still had a level of trouble a genuine contender would not.

An Australian named Vegas came to Vegas and did. the. work.

Ref: “Show me something!”

McCaskill: Braekhus Not Mentally Stable; Loss Really Jarred Her; She Can’t Come Back From It

Arum and Hearn say Fury-Joshua contracts waiting to be signed