Game over for Javier Mascherano as star announces retirement

Former Liverpool and Barcelona midfielder Javier Mascherano has announced his retirement from football at the age of 36.

Mascherano made the announcement in a press conference at his current club, Estudiantes.

Mascherano said: “I want to announce that today I am retiring from soccer professionally.

“I want to thank this club that gave me the opportunity to finish my career in Argentina.”

After a controversial move to West Ham in 2006, Mascherano moved on to Anfield. There, he made 139 appearances in a successful three-year spell.

Mascherano then won two Champions League crowns and a pair of Club World Cup titles with Barcelona. He also collected five wins each in LaLiga and the Copa del Rey.

He was linked with an astonishing move back to Liverpool in 2017. However, he ultimately went to China before then returning to to Estudiantes. 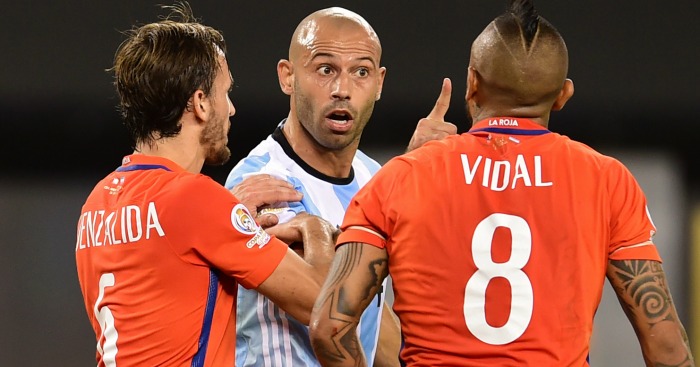 He is the most capped player in Argentina’s history, winning 147 caps for his country over a 15-year period.

The highlight of his international career was playing in the 2014 World Cup final; Argentina losing 1-0 to Germany AET.

The post Game over for Javier Mascherano as star announces retirement appeared first on teamtalk.com.

'I hope to play for Galatasaray' – Calhanoglu reveals transfer desire