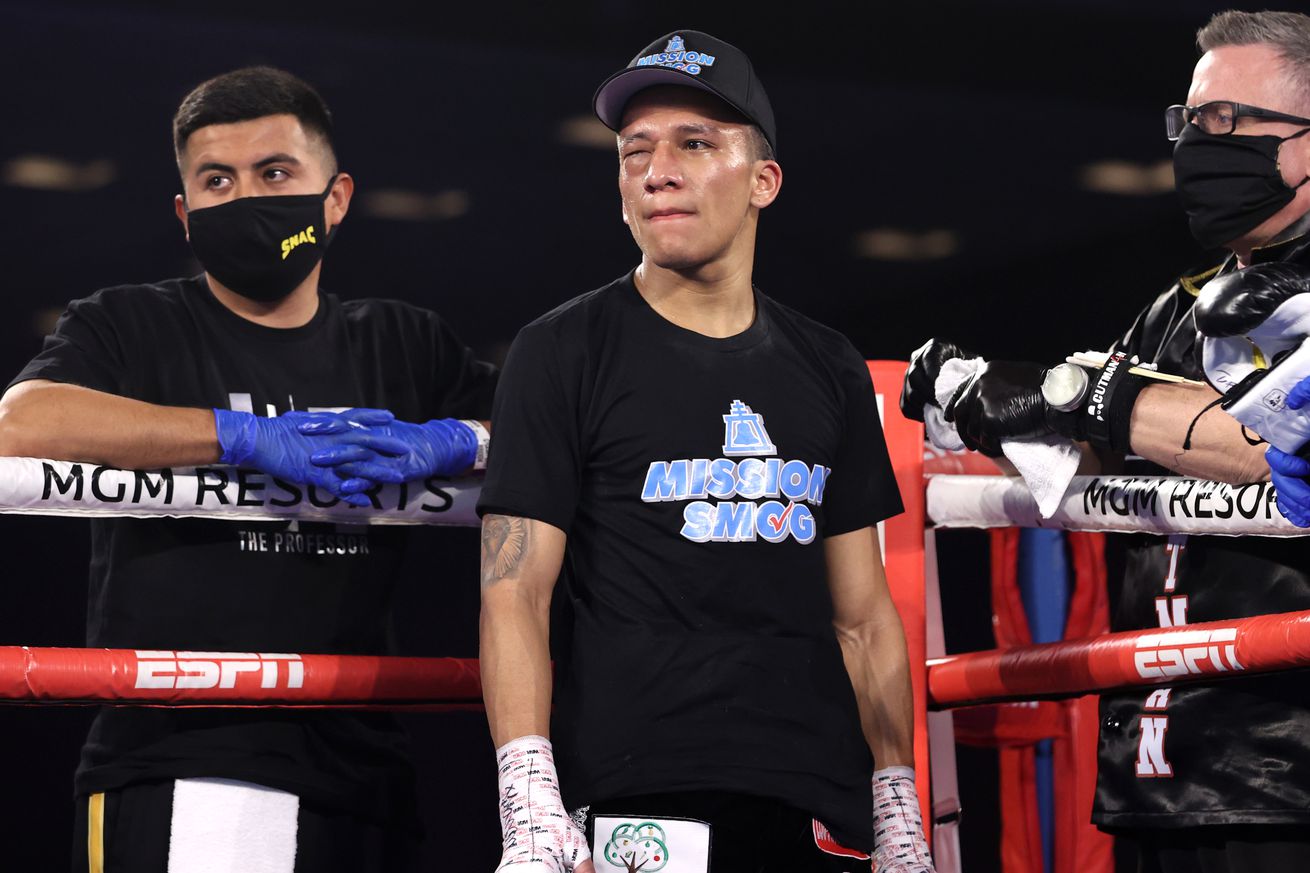 We got six minutes of fighting, and then 26 minutes of waiting for a decision, only for there to officially be none.

In an absurd and frankly ridiculous turn of events, Joshua Franco will once again leave Top Rank’s bubble in Las Vegas holding the WBA’s secondary “world” junior bantamweight title, following a two-round no-decision in his rematch with Andrew Moloney.

But a swollen right eye on Franco in the first round halted the bout early, after just two completed rounds, meaning it did not go long enough to go to the cards. And it was also deemed to be caused by a clash of heads by referee Russell Mora.

Then it went to replay, which Nevada added recently for combat sports. And to make a very long story short, after 26 minutes including a hard push by the ESPN commentary team that there was no headbutt, the call stood, and Franco kept the belt.

“His team’s talking shit,” Moloney said after the fight. “He did not touch me. That eye was closed by 50 jabs. I hit him with a jab in the first round, I hit it another 50 times, that’s why his eye’s shut. Not a headbutt. There’s no headbutt.”

“I can’t believe that they took this away from me,” Moloney said, with emotions rising. “I’ve trained my ass off the last five months, been away from my family, and they just took it away from me. I hope they can get me this third fight.”

There could be a third fight between Franco and Moloney, but there could also be further review to come here. It’s not impossible the result gets overturned, as it was difficult to find a particular clash of heads that would have caused the swelling. ESPN’s Tim Bradley Jr felt he saw a thumb hit the eye on a legal jab, and Moloney was pumping his jab well.

Obviously, the Franco team feel justice is served here. Trainer Robert Garcia was livid during the wait for an official call, feeling that they were trying to rob his fighter, but in the end they did not change the original call from referee Russell Mora.

Anyway, this should probably have burned the entire lead-in audience they might have gotten from the Florida-Arkansas game.

Breland Responds To Wilder Again: Deontay Became Untrainable, I Didn't Even Have His Number

Evgeny Romanov vs. Dmitry Kudryashov in Play For WBC Silver Bridgerweight Title, May 22