Formula 1’s dedicated pre-race moment has been retained for this season, but the ceremonial will shift away from its ‘End Racism’ theme and focus on the sport’s broader ‘WeRaceAsOne’ initiative.

Last year, F1 set up a pre-race gathering at events, with drivers taking a stand against racism in a pre-race video broadcasted on F1’s world feed before lining up at the head of the grid to indulge in the moment.

Driver will continue to present a united front at events before each race this year, but the group will do so under F1’s ‘WeRaceAsOne’ banner which focuses on the sport’s quest for improving sustainability, diversity and inclusion within its community.

However, drivers will be free to mark the pre-race moment as they see fit. If a driver wishes to continue conveying the anti-racism message, for instance by taking a knee, he will be allowed to do so. 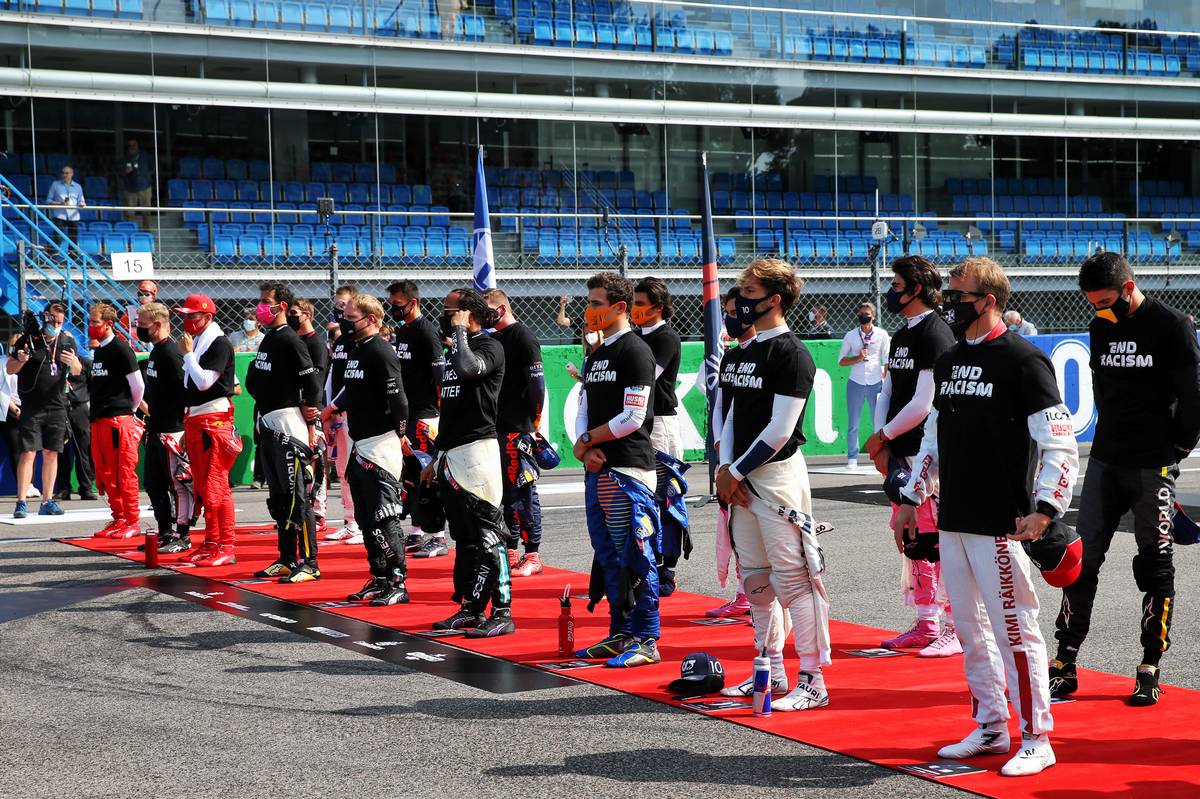 F1 chief executive Stefano Domenicali met with the drivers during pre-season testing in Bahrain to discuss the changes to the pre-race ceremonial.

“The whole of Formula 1 is united in its support for ‘WeRaceAsOne’ and the drivers will all show their own support for the initiative ahead of the Grand Prix,” an F1 spokesperson said.

“The drivers will be free to show their commitment in their own way before the race and there will be no requirement for them to make a specific gesture.

“The important thing is all of them being together in full support of our initiatives on sustainability, diversity and inclusion, and community.”

Seven-time F1 world champion Lewis Hamilton, who was instrumental in bringing everyone together under the ‘End Racism’ banner last season and who has set up along with Mercedes and sponsor Ineos a joint foundation dedicated to equality and diversity in the sport, says the time has come for F1 to go beyond its messages and slogans.

“Last year there were a lot of slogans,” Hamilton said in Bahrain recently. “But action is needed this year. That was something that was spoken to us and was expressed to us.

Alonso: R25 demo runs a reminder of 'what F1 is missing'

Marko reckons Perez is 'just as fast' as Verstappen