Everton are reportedly interested in a transfer deal for Manchester United misfit Jesse Lingard in a possible cut-price January move.

The England international has struggled at Man Utd in recent times, falling out of favour with manager Ole Gunnar Solskjaer after a major loss of form.

MORE: Manchester United tipped to be on alert after quotes from Euro giants’ director of football

Still, it seems Everton would be ready to take a gamble on Lingard as Carlo Ancelotti eyes additions in the next transfer window, according to Todo Fichajes.

Lingard will be out of contract in 2021, so a cut-price move this winter could suit all parties involved, according to the report.

Everton may well feel Lingard could get back to his best if he plays more often and takes on a fresh challenge elsewhere after a lengthy stay at Old Trafford. 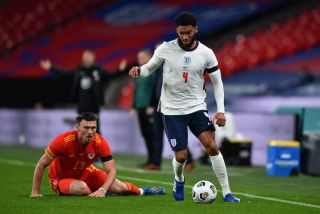 Some United fans may well be sad to see Lingard go, with the 27-year-old coming up through the club’s academy and initially looking like an exciting young player when he first broke through.

In more recent times, however, it seems increasingly clear that he isn’t suited to playing regularly for such a big club.