The Sky Sports pundit was looking forward to a mouth-watering top-flight clash between the old rivals. But a new date will now have to be found after fans stormed the Old Trafford pitch.

Officials took the decision to call off the game due to safety concerns. And, while not advocating that Sunday’s scenes are replicated throughout the nation, Carragher understands the reasons behind the protests.

“We can only speak about what we saw. Do we want fans storming stadiums left right and centre and getting games called off? No we don’t,” he told Sky Sports. “I’m not going to sit here and criticise Man Utd fans because I’m Liverpool. Two weeks ago fans came together.

“There will always be idiots who get involved. I think it’s a good thing, protesting – not being happy at what’s happened at the club.”

Kick-off was initially delayed before the match was postponed, with the Premier League issuing a statement on the incident.

It read: “Following the security breach at Old Trafford, the Manchester United v Liverpool game has been postponed.

“This is a collective decision from the police, both clubs, the Premier League and local authorities. The security and safety of everyone at Old Trafford remains of paramount importance.

“We understand and respect the strength of feeling but condemn all acts of violence, criminal damage and trespass, especially given the associated Covid-19 breaches.”

There is no question that the Theatre of Dreams pitch invasion will dominate Monday morning’s headlines. It is another clear indication that supporters are fed up with billionaire owners using clubs as leverage to make more money.

Opinion will be divided, as always. But Carragher believes it is important to look at the context of the protest and not jump to the usual conclusions. 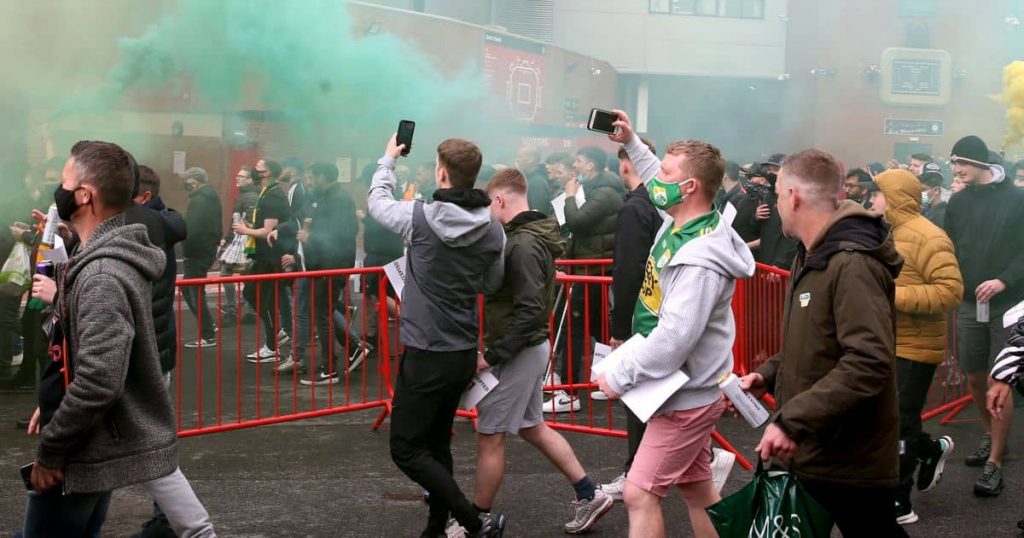 “There will always be someone who takes it too far – not just in a protest,” he added. “That’s a night out with mates. There’s always someone who does something stupid.

“We’ve lost a game of football but I almost accept that. I’m sure that [trouble] will dominate the news. It happens to fans all the time. One clip goes everywhere and there are lots of other people doing good things.

“I don’t want to see other supporters scoring points against Manchester United fans. The majority of Man Utd supporters were peaceful.”