Ferrari boss Mattia Binotto believes the recent progress enjoyed by the Scuderia’s SF1000 is perhaps a harbinger of a significant step forward for the Italian outfit in 2021.

Ferrari’s season year-to-date has been dogged by its 2020 contender’s overall weakness.

A blend of aero inefficiency and a down-on-power engine has left both Charles Leclerc and Sebastian Vettel fighting for crumbs in F1’s midfield.

In a bid to get in front of its problems and correct its trajectory in 2021, the House of Maranello’s engineers are hard at work on next year’s car and on a much-improved power unit.

And Binotto believes Ferrari’s recent performances – validated by Leclerc’s run in the top-five in Portugal and Imola, and Vettel’s podium finish in Turkey – bode well for a move up the grid next season. 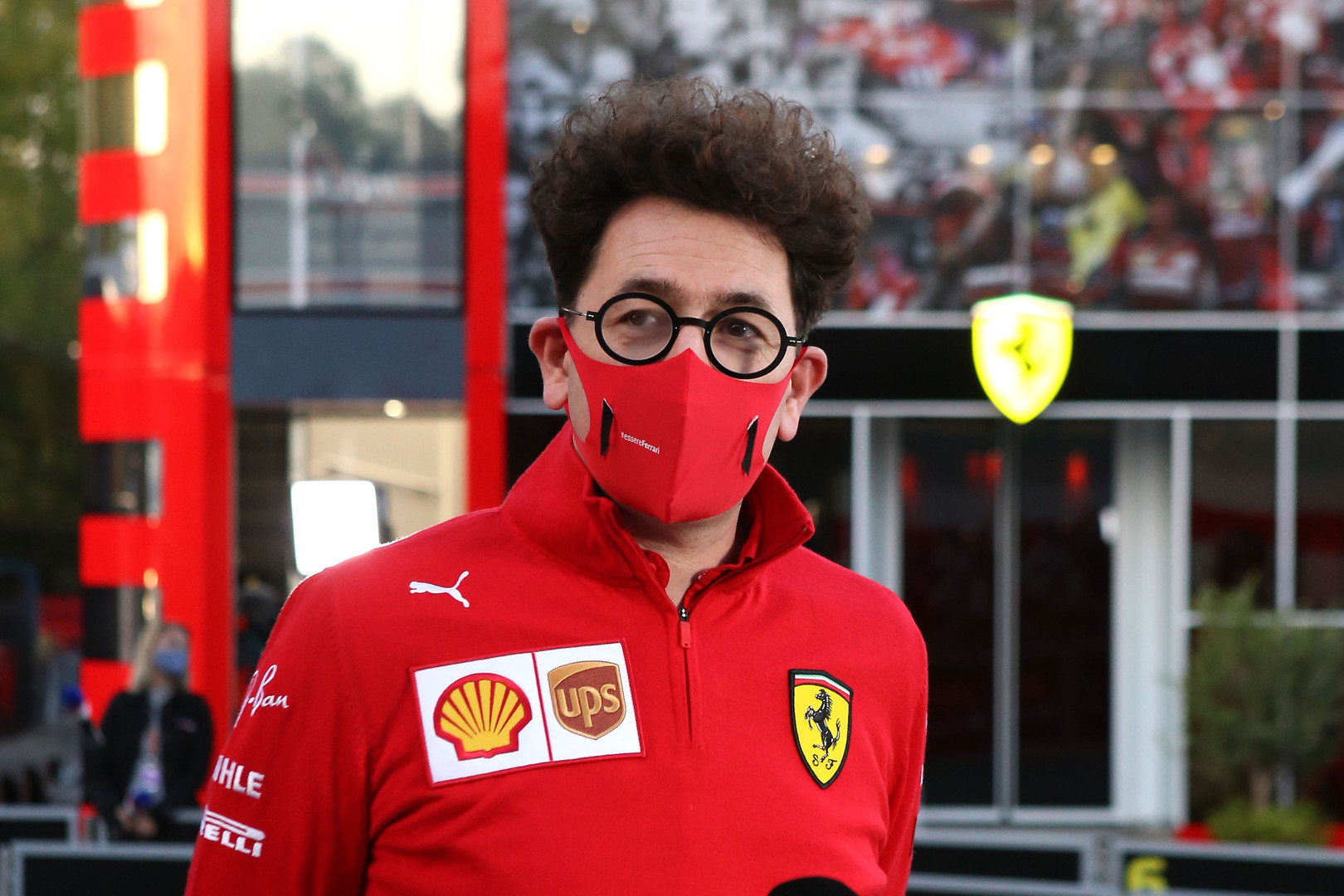 “It’s obviously very important for Ferrari doing well at the moment,” he said. “We know that we have improved the car and, if you look at the last races, we improved our position in the race.

“I think that as well in terms of constructor positions, it’s not the end of the championship, so it’s encouraging.

“The people are working hard back at home trying to understand the weaknesses of the car and trying to address them. And especially, as we are preparing for next season, those results somehow are encouraging ourselves.”

As he oversees in Maranello his team’s turnaround for 2021, Binotto did not travel to Istanbul. And the Scuderia boss will also not attend this week’s Bahrain Grand Prix.

“I am happy that I do not need to be at the circuit,” the Swiss engineer told Sky Sports.

“Our drivers will do well. Our car has improved and they are more comfortable behind the wheel.

“Overall, we showed we have a competitive car. This is the most important thing, because it means that we understand which direction to go. The car has improved and that is a good sign.”

Sainz explains "strange scenario" of unlapping himself in Styria

Magnussen: Grosjean's "phenomenal" speed made me a better qualifier

Imola Speed Trap: Who is the fastest of them all?