Basically Every Aussie Is Racing This Week At Virtual C’Ships 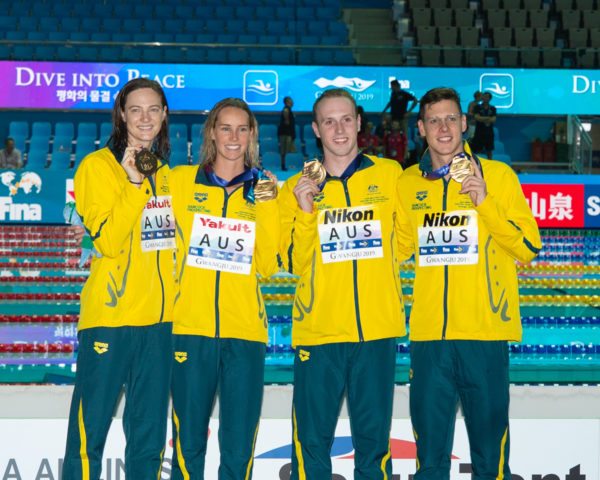 For many Aussie swimmers, these championships will mark a long-awaited chance to race once again after numerous domestic lockdowns and travel limitations, which prevented most from racing in season 2 of the International Swimming League (ISL).

And with the wealth of talent ready to rumble down under, we’ll be treated to some high-octane matchups to carry us over from the thrilling ISL action that just concluded in Budapest.

Clyde Lewis, Cameron McEvoy and Elijah Winnington will also be among those taking on the freestyle events while Ariarne Titmus and Emma McKeon are set to battle in the 200m free.

The Campbell sisters and Madi Wilson are scheduled to swim in Sydney, as is World University Games medalist William Yang, along with coaching mentor, retired Bobby Hurley. Fly speedster Matt Temple will also be competing in Melbourne, along with Olympic medalist Mack Horton.

Finally in Perth, Olympian Tamsin Cook continues to make what appears to be a post-swimming-break comeback, while Brianna Throssell will put on a show in the fly and free events.

Of note, Olympic champion Kyle Chalmers is entered in the virtual championships, but underwent surgery for his shoulder this week and is not expected to race.

Below are the key entrants per site, with notable match-ups resulting throughout.

Read the full story on SwimSwam: Basically Every Aussie Is Racing This Week At Virtual C’Ships