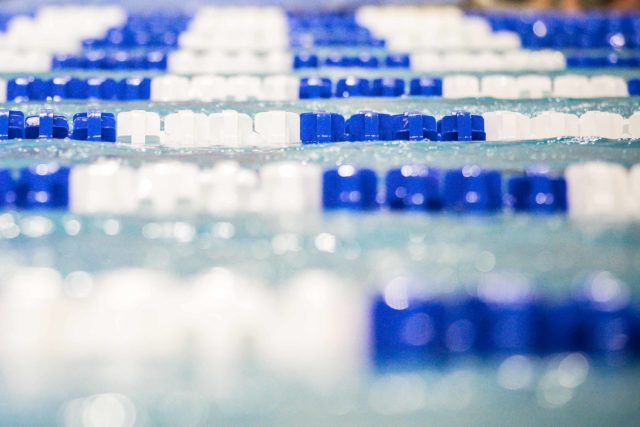 Despite winning six of the swimming events on the day, Iowa City West finished second at the meet to Ames. Ames has been one of the top two teams in the state every year since 2010, winning nine of the eleven state titles during that time period. The meet was swum with prelims on Friday and the finals session on Saturday.

Bettendorf and Johnston both had strong showings on the diving board to start the meet. Bettendorf divers Makayla Hughbanks and Sydney Hanson finished first and third in the event, scoring 505.70 and 478.75 points respectively. Johnston added a second-place finish from Clara Wheeler (484.25), as well as a fifth from Addi Kamienski and seventh from Abby Hutchins.

Johnston continued their strong start in the 200 medley relay, beating out Ames’s relay by .03 to claim the state title.

The 200 free featured a trio of Iowa City West girls competing in the A-final. The top spot in the event went to Stanford University-bound senior Aurora Roghair in near record-setting time. Roghair won the event in 1:47.30, missing Allyssa Fluit’s record by .16. Aurora was joined in the A-final by her sister Jade Roghair, a sophomore who took third, and Kolby Reese, a freshman who finished seventh.

The three Iowa City West girls again returned to compete in the A-final of the 500 free. Aurora once again took the top spot, this time in record-setting fashion. After Waukee sophomore and runner up Jessi Wigham reset the state record in the event during prelims, Roghair returned to best her time by almost two seconds, finishing in 4:45.78. Jade added a fourth-place finish (5:02.64), while Reese finished seventh (5:12.85).

The 200 IM went to Johnston junior Olivia Swalley. After finishing fourth in the event last year, she came back to beat last year’s third-place finisher Annie Galvin. Swalley finished in 2:03.28 while Galvin touched in 2:04.94.

Swalley also added a second event win in the 100 breast. Beating last year’s runner up Hayley Kimmel, Swalley finished in 1:04.12. She was slightly faster in prelims, finishing in 1:03.66.

Also taking two wins on the day was Ames junior Meghan Donald. Her first win came in the 50 free, where she was the only swimmer to break 23.00, touching in 22.99. She added her second win in the 100 free, where she bested the field with a time of 50.63.

The 200 and 400 free relays were both won by Iowa City West, with Martin and the Roghair sisters competing on both. In the 200 free relay they were joined by Ella Hochstetler to win the event with a time of 1:34.34. The 400 free relay included Olivia Taeger, who helped the relay take the title, and reset the state record, in 3:23.73.

Top 5 Swimmers In Each Event Heading Into 2020 ISL Final