Adam Peaty Vlog: Behind the Scenes of His First Short Course World Record 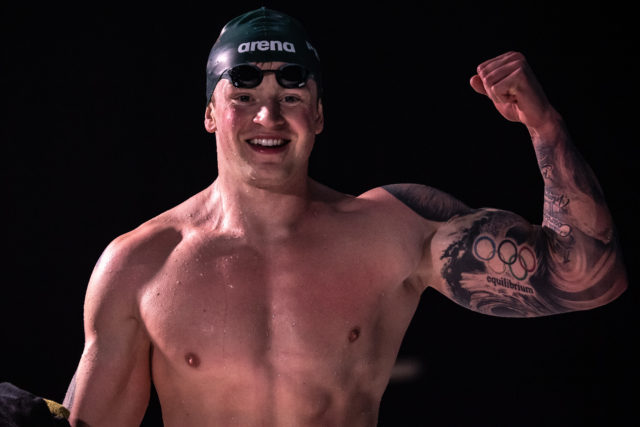 British swimmer Adam Peaty, racing for London Roar, broke a World Record in the 100 breaststroke during the semi-finals of the 2020 International Swimming League season.

Easily the best long course 100 breaststroker in the world, Peaty has had more struggles in short course, owed to not being as good underwater as some of his competitors.

Adding the short course World Record to his resume cements his status as the best male sprint breaststroker, without caveats, of his generation.

In his latest Vlog, Peaty runs through a behind-the-scenes look at his racing during the semi-finals, including the World Record in the 100 breaststroke.

He also talks about how he came to break the World Record, saying that he was frustrated with his results through the regular season period, given that he ‘worked his ass off’ during quarantine and felt like he should have been faster.

“On the first kind of 3 matches, I was like ‘ok there’s something wrong, I don’t know what it is.’ I absolutely trained my ass off for the whole of quarantine, I was on the bike every single day, I was in the gym in my garage every single day, and we had a really good block into this meet…but something isn’t quite right,” Peaty said. “And Mel (Marshall) was like ‘ya know what just rest, just rest.’…I’ve been going, going going, had my little boy, and then been going, going, going, had like 2 days off, 3 days off.

Peaty also credited Ilya Shymanovich of the London Roar for pushing him and pacing him in the race, saying he couldn’t have done it without Shymanovich there. The Belarusian led at the 50 meter mark.

Peaty also shows a deck-side look at his preparations for the race and the afterglow.

Read the full story on SwimSwam: Adam Peaty Vlog: Behind the Scenes of His First Short Course World Record

Yoga for Swimmers: Keys to a Strong, Safe and Effective Practice