By Ben Dornan on SwimSwam 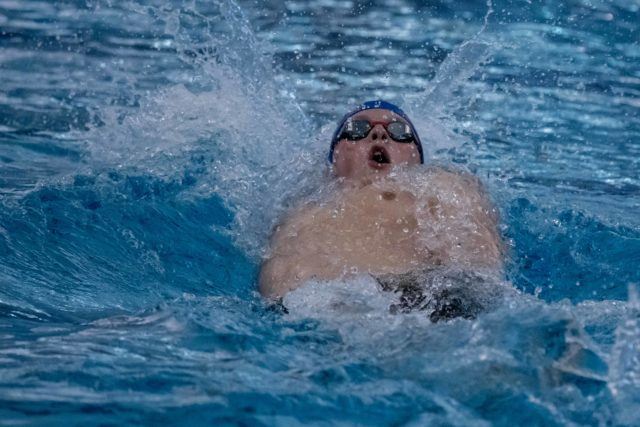 We’ve reached the final day of competition at the 2021 Canadian Olympic Trials and there will be 6 events on the docket for day 5 finals.

Among those trying to qualify for their first-ever Olympic squad will be Tessa Cieplucha, Mary-Sophie Harvey, and Bailey Andison in the women’s 400 IM, Ingrid Wilm in the women’s 200 back, Emma O’Croinin in the women’s 1500 free, and Peter Brothers in the men’s 800.

Additionally, Taylor Ruck and Cole Pratt will have a shot at adding a second Olympic event to their Tokyo lineup as they fight for a first-place finish in their respective 200 backstrokes.

Follow along for live updates on all the action as get into day 5 finals of the 2021 Canadian Trials.

Tessa Cieplucha and Sydney Pickrem battled it out for the entire race, handing the lead back and forth a number of times. While Pickrem managed to get her hand on the wall first and was pre-selected for Tokyo in the event, Tessa Cieplucha managed to get under the FINA A cut of 4:38.53 to likely qualify for the Olympics.

Just above the Olympic qualifying standard, Bailey Andison came in for 3rd place with a 4:38.66 while Mary-Sophie Harvey hit a 4:43.30 for 4th place.

That swim for Gagne was not quite under the Olympic-qualifying standard of 4;15.84 but was under the FINA B qualifying time of 4:21.46. That leaves him as a potential candidate to be named to the team, should Swimming Canada choose to use their priority 6 selection criteria for events with no FINA A qualifiers.

National teamer Tristan Cote didn’t quite have enough in the tank to pull out the win and nearly got run down by third-place finisher Jacob Gallant. In the end, Cote touched with a 4:23.13 for the silver medal while Jacob Gallant swam a 4:23.28 for 3rd.

Kylie Masse didn’t need to win this event in order to race the 200 backstroke in Tokyo but still managed to pull off a solid 2:06.67 to take the gold medal.

Masse was pre-selected to race the 200 backstroke at the Olympics earlier this year based on her results from the 2019 World Championships. She won a bronze medal in the 200 in Gwangju, hitting a 2:06.62 for third place. Prior to that race at Worlds, Masse lowered the 200 backstroke Canadian record to a 2:05.94 at the 2019 World Championships Trials.

This swim is Kylie Masse’s 6th fastest time ever and is good enough to make her the 5th fastest woman in the world this season heading into the summer.

After showing positive signs with his Olympic qualifying 100 backstroke on day 1 of the meet, Cole Pratt was not quite fast enough to do the same in the 200.

Unable to notch an Olympic-qualifying swim, Pratt had a solid race with Blake Tierney and Richie Stokes and pulled both competitors under the 2-minute mark with him.

Tierney swam a 1:59.49 to collect the silver medal which is faster than both his prelim swim of 2:00.60 and has pulled off a massive improvement upon his best time at this meet, having entered with a 2:05.21. Stokes on the other hand swam a 1:59.87 in the prelims to get under 2 minutes for the first time and then posted a 1:59.52 in the final to collect bronze.

Katrina Bellio had an absolutely dominant performance in the women’s 1500 freestyle, pulling away from the field early on and holding her lead until she touched the wall with a 16:29.67 to get under the 16:32.04 FINA A cut.

It looks like Bellio will officially become Canada’s first-ever woman to race the 1500 freestyle at the Olympics as the event has just been added to the Olympic program. Bellio needed a PB in order to add her name to the roster, having entered with a 16:34.99.

Coming in with a 16:38.75 for the silver medal was Abby Dunford which means that she didn’t quite swim fast enough to qualify for the Games. Dunford made the move to the United States to train with an elite training group called the Sandpipers of Nevada. The Sandpipers, led by head coach Ron Aitken, recently got 3 swimmers onto the US Olympic swim team in the form of Bella Sims on the 4×200 free relay, Erica Sullivan in the 1500 free, and Katie Grimes in the 800.

Dunford’s silver medal-winning swim got him under her entry time of 16:38.75.

Barrios: Me and My Fans Are Going Into This Tank Battle as One