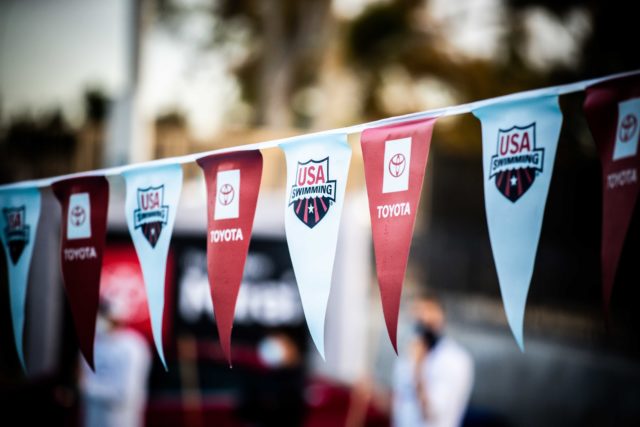 16-year old Gia Pergolini swam faster than the World Para-Swimming World Record in the 100 meter backstroke for Class S13 at last weekend’s US Open, though the swim won’t ultimately be ratified as such.

The record won’t count because the US Open was not an approved World Para Swimming Competition. To apply for approval, an application must be submitted at least 6 weeks prior to the start of the competition,

While Doping Controls were in place for the US Open, as required by World Para-Swimming rules, and all other requirements for approval appear to be met by the US Open meets, because approval was not requested the requisite 90 days prior to the meet, the time won’t be ratified.

At only 16 years old, though, the Roswell, Georgia resident should have more opportunities to break this record in her future.

She currently trains with the Dynamo Swim Club. Last season, as a sophomore at Saint Francis High, she finished 3rd in the 100 yard back at the Georgia 1-5A (small schools) State Championship meet in 56.25.

Pergolini was diagnosed with Stargardt’s disease in 2014. The condition causes a progressive loss of central vision. In 2015, her mother started the Through Gia’s Eyes Foundation, which is a non-profit that raises money to help families with children who have a visual impairment afford state of the art medical devices.

12 Reasons Why You Should Buy a Fibreglass Pool!

Ian Thorpe: COVID-19 period ‘has been a challenge’ for young people